The Hague Code of Conduct against Ballistic Missile Proliferation:
Relevance to African states

Presentation of a policy brief written jointly
by the FRS (Paris) and the ISS (Pretoria):
Preventing Proliferation while sustaining Economic and Industrial Development: HCoC in Africa

Report of the conference

In April 2016, the FRS and the ISS, with the support of the European Union, organised a workshop on the Hague Code of Conduct (HCoC) against the proliferation of ballistic missiles. Following the meeting, the two institutions wrote a policy brief on the Code and its relevance to Africa.

This policy brief was launched at the FRS office in Paris on 29 September 2016. The event gave the authors an opportunity to present the project and the issues at hand.

Emmanuelle Maitre (FRS) gave a brief overview of the HCoC and explained to what extent it is relevant to Africa. She stressed three main arguments for African countries to join the regime: to show support for multilateral instruments designed to curb proliferation; to enjoy better access to information on evolving technologies; and finally, to promote transparency as new capacities, such as space programmes, are developed. Finally, she presented the EU’s programme in favour of subscription to and implementation of the Code.

Noël Stott (ISS) detailed the activities conducted by the Institute in the field of non-proliferation and WMDs. He emphasised the issues specific to Africa in this regard, and highlighted progress made, as well as challenges encountered in complying with international norms. He described the political and technical reasons that could hinder African states in successfully implementing relevant instruments, and discussed the potential role of the African Union and the African Commission on Nuclear Energy in enhancing adherence to international initiatives. He concluded the presentation by emphasising that a priority for Africa is to strengthen non-proliferation globally, without undermining developmental objectives on the continent.

The event was concluded by a presentation from Nicolas Kasprzyk (ISS), who focused on the conclusions of both the April 2016 seminar and the recently published policy brief. He discussed perspectives of subscribing and non-subscribing states, and noted that the seminars and policy brief were valuable in addressing various misconceptions about the Code, including perceived restrictions on civilian space programmes. He noted that generally speaking, Africa supports the Code (both in subscribing to the HCoC and voting in favour of relevant UN General Assembly resolutions). He recommended that focus be maintained on the links between international security and the development of civilian space programmes. 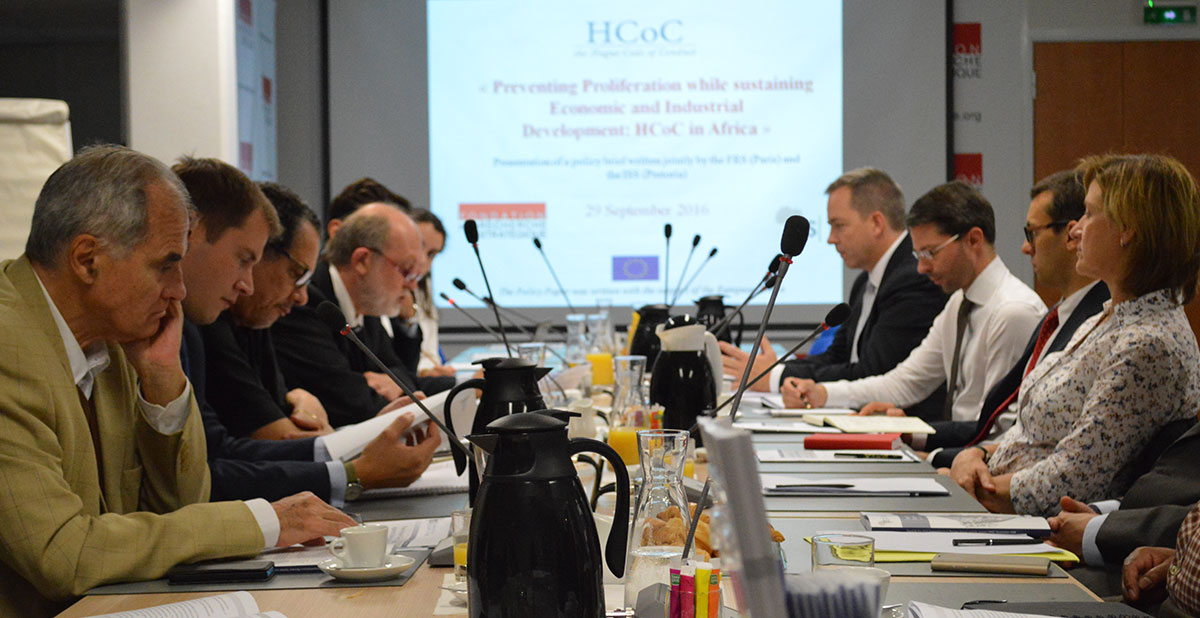 This event was co-organised by the Institute for Security Studies (ISS) and the Fondation pour la recherche stratégique (FRS).

The Hague Code of Conduct against Ballistic Missile Proliferation (HCoC), which came into effect on 25 November 2002, aims to strengthen efforts to curb ballistic missile proliferation worldwide, thereby supplementing the Missile Technology Control Regime, which restricts access to technologies needed to develop such systems. Ballistic missiles are the favoured delivery vehicles for weapons of mass destruction and therefore have a destabilising effect on regional and global security. This brief provides an overview of the HCoC, examines its relevance for African states and outlines the benefits that can be derived by subscribing to its general principles, commitments and confidence-building measures.

Nicolas Kasprzyk is a consultant for the ISS, South Africa, where he is project leader on the prevention of the proliferation of nuclear, chemical and biological weapons, and their means of delivery to non-state actors. Previously, he worked at the UN as a 1540 Committee expert, at the French Ministry of Defence’s Directorate for Strategic Affairs, and at the European Aeronautic Defence and Space Company.

Emmanuelle Maitre is a research fellow at the Fondation pour la Recherche Stratégique in Paris, where she focuses on nuclear non-proliferation, disarmament and deterrence. Previously, Emmanuelle worked as a research assistant at the Brookings Center on the United States and Europe. She has a master’s degree in public affairs from the Sciences Po in Paris.

Xavier Pasco is a senior research fellow at the Fondation pour la Recherche Stratégique in Paris. He specialises in international space policy and security-related issues, and has led numerous studies on space policy in the field of civilian and military activities. Pasco is also an associate fellow at the Space Policy Institute (George Washington University) and is European editor of Space Policy.

Noel Stott is a senior research fellow at the ISS, South Africa, specialising in Africa’s development and the threat of WMD, with a particular focus on the African Nuclear-Weapon-Free Zone Treaty, the Treaty on the Non-Proliferation of Nuclear Weapons and other related conventions. He has extensive experience in many aspects of arms control, including issues relating to conventional arms. 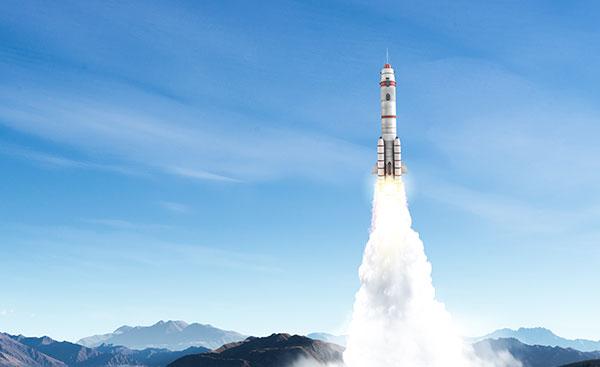