The Fondation pour la recherche stratégique and the Embassy of the Republic of Korea in Paris organized an international roundtable on Wednesday, November 16th, entitled : « Facing the DPRK's nuclear and ballistic programs: how to sustain the global nonproliferation regime »

On September 9th, 2016, the DPRK marked their 68th anniversary by defying the international community with their most powerful nuclear test. This fifth test confirms their strategy to provide the regime with a nuclear and missile arsenal and can be seen as a turning point for the isolated nation.

Since Kim Jong-un came to power, Pyongyang has significantly accelerated the development of its military programs. If Kim Jong-il's two nuclear tests and three intercontinental ballistic testing between 1994 and 2011 appeared threatening, his son's record of completing three of each, including two nuclear tests in 2016, amplifies this threat. More worryingly, the young leader has ordered a dozen sea-ground ballistic missile tests, and since January, four medium-range ballistic missiles tests.

This roundtable gathered two leading experts from Seoul, Dr. Shin Beomchul and Dr. Kim Jina, along with French experts and officials to discuss the improvement in the North Korean nuclear and ballistic missiles programs, the strategy of the government of the Republic of Korea facing this threat, the effectiveness of current international sanctions and the role France and the European Union can play.

Opening remarks : Kang Kym-gu, Minister of the Embassy of the Republic of Korea

Guest Speaker : Shin Beomchul, Ph.D., Director of the Division of North Korean Military Studies at the Korea Institute for Defense Analyses, former Director-General for Policy Planning at the Korean Ministry of Foreign Affairs (2013-2016)

Dr. Shin Beomchul was Director-General for Policy Planning at the Korean Ministry of Foreign Affairs (2013-2016). He is now Director of the Division of North Korean Military Studies at the Korea Institute for Defense Analyses (KIDA), an institute where he used to be director of the Division of Defense Policy Studies and the chief of the Defense Issue Task Force. He was senior policy advisor to the Defense Minister (2009-2010) and has served in many advisory positions in government, including at the South Korean National Security Council, the Office of the President, and the National Assembly's Foreign Affairs and Unification Committee.

Dr. Kim Jina is an Associate Research Fellow at the Korea Institute for Defense Analyses (KIDA). Her research areas include U.S.-North Korea relations, nuclear nonproliferation, and Northeast Asian security. In addition, she provides advice on security issues and inter-Korean relations to the ROK Ministry of Defense, Joint Chiefs of Staff, and Ministry of Foreign Affairs. 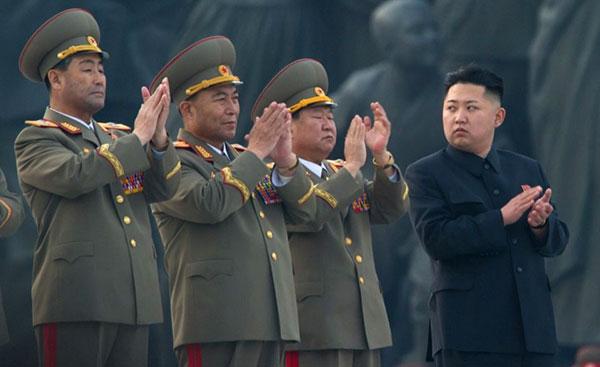 Facing the DPRK's nuclear and ballistic programs: how to sustain the global nonproliferation regime