As part of its FRS-KF Korea Program on security and diplomacy, the Foundation for Strategic Research is organizing a webinar conference: "Breaking the deadlock in the Korean Peninsula", which will be held online on Tuesday, July 7, 2020 from 12:00 to 13:00.

The welcome optimism in 2018 seems to have given way to a harsh return to reality, both on the North Korean nuclear and ballistic proliferation crisis and on inter-Korean relations. While the US-DPRK negotiations are at a standstill and the Singapore Declaration of June 2018 calling for the “complete denuclearization of the Korean Peninsula” has gone unheeded, Chairman Kim Jong-un recently vowed to "further increasing the nuclear war deterrence of the country”. Meanwhile, North Korea has severed all communication lines with South Korea and blown up the liaison office in Kaesong used for inter-Korean talks.

After some introductory remarks from Ambassador Choi, the panelists will assess the current deadlock in the Korean Peninsula and assess potential risks. What is the current South Korea policy towards North Korea and how can Seoul further engage with Pyongyang? What is the current state of the North Korean nuclear and ballistic program? How likely are international negotiations likely to resume before and after the 2020 US presidential elections? What role can the EU and EU member states play in the North Korean nuclear and ballistic proliferation crisis? 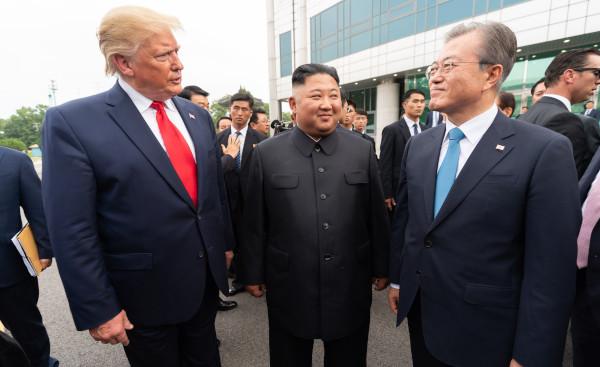 Breaking the deadlock in the Korean Peninsula 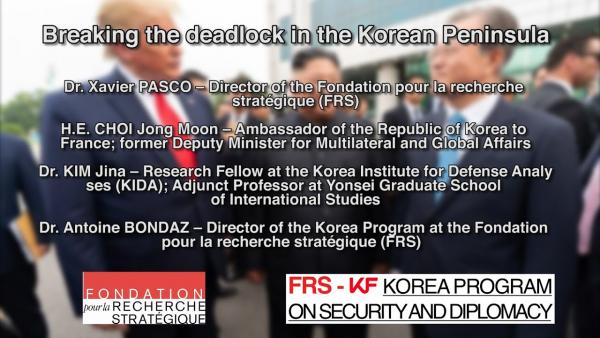 Conference : Breaking the deadlock in the Korean Peninsula