The issue of radicalization leading to terrorism has become a crucial part of the political and academic agendas in Europe, confronted, especially in the last decade, not only to the threat from Jihadist terrorism but also with right/left wing violent extremism. Though violent radicalization is not a new phenomenon, its most recent manifestations require a more comprehensive and holistic approach addressing not only security concerns but also framing of the problem in social and psychological terms.

MINDb4ACT uses the Living Labs framework at the centre of the project. A Living Lab is an innovation environment to test new solutions with main stakeholders, developed in the 1990s by research on cognitive and decision-making process. It is often used in innovation and technology environments and has been tested and used successfully in some security contexts (cyber-security, intelligence) evolving from engineering-computing to socio-cultural fields.

MINDb4ACT is using such framework to implement 17 pilot projects to tackle violent radicalization. The tests then lead to the development of practices and interventions based on empirical evidence. The pilot projects are set in four key areas:

FRS is particularly involved on the development of one living lab in the Prisons and judiciary system area. We are developing a toolkit for first-line practicioners in detention - penitentiary, med. or probation: a francophone jihadists glossary mixing classic Arabic, Maghreb dialect, French slang in specific semantic areas, such as detention, jail authorities, violence, etc. 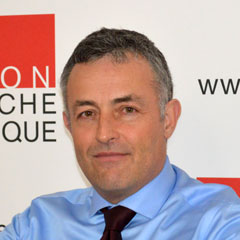