The People’s Republic of China’s (PRC) economic strategy in the Maghreb is often perceived as similar to that carried out in Sub-Saharan Africa, even though it hinges around distinct logic and objectives. China – which was the first non-Arab State to recognize the Provisional Government of the Algerian Republic (PGAR) in December 1958 – established diplomatic relations with the Maghreb countries soon after their independence: in November 1958 with Morocco, in January 1964 with Tunisia, then in 1965 with Mauritania. Only diplomatic relations with Libya were instituted much later in 1978, since Tripoli had up untill that point recognized the Republic of China (Taiwan)An attitude that is probably explained by China’s refusal to support Libya in its nuclear research.. Before the beginning of the 2000’s, the Sino-Maghreb commercial and financial relations remained limited, due to the lack of compatibility and the influence of historic and political allies (like France in Morocco, Italy in Tunisia or Russia in AlgeriaRussia is the number one arms supplier for Algeria since 1962.). In less than two decades, the PRC imposed itself as an indispensable partner of the Maghreb’s economies (1), with energy and commercial motivations (2), but its influence here collides with several impediments, like the solidity of the maintained links by the countries of the Mediterranean southern shore with the European Union and the United States, and their suspicion in regard to a China perceived as hostile to Islam and whose ambition is worrisome (3).

An economic and commercial presence

The commercial exchanges between the PRC and the five countries of the Maghreb (Morocco, Mauritania, Algeria, Tunisia, and Libya) have known a strong progression passing from $13.3 billion dollars in 2008 to close to $17 billion in 2016UN data (United Nations International Trade Statistics Database), and the PRC’s Ministry of Foreign Trade.. Several remarks must be maid:

Currently, the PRC is Algeria’s number one supplier and the number three for Tunisia and Morocco. Chinese product imports continue to progress (by 90% in Algeria and by 20% in Morocco between 2010 and 2016). Nevertheless, the bilateral trade is profoundly unbalanced, since Tunisia’s reserve ratio in its business with China is 1% while in Algeria its 4%. China is only the number thirteen client in Morocco and the number fourteen in Algeria.

In the Maghreb, the Foreign Direct Investments (FDI) of China still remain modest ($3.1 billion dollars in 2016 or 0.23% of China’s FDI stock abroadStatistical Bulletin of China’s Outward Foreign Direct Investment, 2017, PRC Ministry of Foreign Commerce (Mofcom).). In Morocco, the PRC possesses 3% of FDI stock compared to France’s 20%. However, Algeria figures among the primary recipients of Chinese investments in Africa (after South Africa, DRC, and Nigeria), but their total is still too weak ($2.55 billion) to have a decisive impact on the country’s economy. The progression of these investments is incontestable (they have tripled since 2010), but at the same pace as the rest of Africa.

In North Africa as in most of the continent’s countries, the PRC’s enterprises constructed numerous civil engineering infrastructures. An exhaustive list would be tedious, recall that for twenty years, a large majority of public procurement in the construction industry in Morocco, Libya, and Algeria has been won by Chinese groups. At the end of the 2000’s, Algeria benefited from the strong appreciation of the hydrocarbon prices, notably permitting finance for the construction of close to 4 million lodgings promised by A. Bouteflika, during his accession to power. The CSCEC (China State Construction & Engineering Corporation) also constructed several buildings like the Sheraton hotel in Algiers, the El Qods shopping mall in Chéraga, presented by its promoters as the largest mall in Africa, and the hospital of Oran. Currently the CSCEC is finishing the construction work of the Grand Mosque of Algiers, which will be by its surface (27 hectares), the first in Africa, and the development of the port and the El Hamdania industrial zone. Contrary to a commonly accepted idea, the Chinese enterprises no longer have a decisive wage advantage, since the minimum hourly wage in certain cities ($2.7 in Shenzhen) is now superior to those in effect in Morocco ($1.4) or in Algeria ($1).

The principal advantages of the Chinese building and public works groups are:

The resort to Chinese enterprises is also justified by the very concerning social tensions in the region, as in Algeria with a resounding shortage of housing and frequently dilapidated infrastructure. The Chinese are the number one foreign community in Algeria (approximately 40 000 nationals), who, however, always live isolated from the rest of the population. Chinese merchants and their families installed in the Maghreb barely make any efforts to be accepted by their host, because their objective is to profit from the region’s economic energy, then to return to their country of origin.

What are China’s objectives in North Africa?

China’s interest in North Africa is explained by the stakes of energy, mining, and trade.

The Maghreb: Still a marginal supplier of hydrocarbon

Libya before the civil war (2011) was exporting close to 10% of its petroleum production to China. Now only Algeria remains a supplier of hydrocarbons, yet marginal as it only covers 1.3% of Chinese petroleum importsBP Statistical Review of World Energy, June 2018, p.24.. This weak figure cannot be explained by the geographic remoteness of China as suggested, since the distance between Shanghai and the Algiers port is one third less than that between Shanghai and Port Harcourt in Nigeria. However, while leaving Algeria, the petroleum ships must take the Suez Canal, a maritime route that presents numerous constraints (cost of passage for the tankers, limited vessels size, risks of terror attacks perpetrated by terrorist groups active in the Sinai desert). The Algerian petroleum production is mostly weak and regularly in decline (by 20% for ten years) and foreign investments remain deterred by certain restrictions (like the obligation imposed on foreigners to be the minority in the Algerian law firms and by an unpredictable legal and fiscal environment. The Chinese investments in Libya which started in the beginning of the 1990s (principally that of the CNPC) are now caught up in the instability of the country, born out of the overthrow of colonel Kadhafi. For the moment, the cooperation projects in the hydrocarbon domain fall short of Beijing’s expectations, but they could become narrower with Algeria and Libya, concerning the finding of new market opportunities, due to the following evolutions:

In the European market, Algeria faces competition from United States natural gas, since the contracts made with American suppliers are less constricting and regularly revised both in terms of price and quantity delivered.

The subsoil in the Maghreb is not as rich in minerals and metals as southern Africa. In Mauritania, almost all Chinese imports are constituted by iron ore (which, however, represents less than 1% of its global purchases). In Morocco, most of the kingdom’s exports to Chinese ports are also ores (copper, zinc, and lead). But these volumes cover a very small part of the Chinese industry’s needs. On the occasion of the 7th Summit on Chinese-African Cooperation (September 2018), the Algerian Prime Minister, Ahmed Ouyahia announced that Algeria will participate in Xi Jinping’s initiative, named “One Belt, One Road”. This expression is the object of an abundance of literatureMichel Foucher, « L’Euro-Asie selon Pékin », Politique Etrangère 2017/1, p.99-113. but translates China’s ambition to build transport infrastructures destined to facilitate its commerce (railway lines, highways, and deep-water ports). The Algerian ports will soon be able to connect to several African urban centers of the West like Agadez, Tamanrasset and Lagos, via the trans-Saharan highway.

The Maghreb: A manufacturing market and base

The Maghreb countries are often presented as a promising market of close to 100 million potential clients for Chinese enterprises, likely to distribute their everyday consumer goods (household electrical products, textiles), adapted to the populations with still limited purchasing power, but more solvent than in Sub-Saharan Africa. Tunisia, Morocco, Algeria, and Mauritania represent 15% of GDP on the African continent for 8% of its population. The standard of living (expressed in power purchase parity per inhabitant) in Tunisia or in Algeria is comparable to the average GDP in China ($15 000 per year). But the Chinese brands are still perceived as less reliable to a rather informed consumer. Their distribution networks are occasionally inadequate, and the protectionist policies occasionally make their establishment difficult. In Algeria, the smartphone market is largely held by the national brands like Condor, ENIE, Kiwoa, or Benzo. A success related to the high taxes on the import of electronic productsTo reduce the total of its commercial deficit (17 billion dollars in 2016), the Algerian government decreed volume restrictions for vehicle imports, just as it did for electronic products and household appliances.. In the automobile sector, the import restrictions implemented at the end of 2016, should invite the foreign builders to open factories on site. Several projects of special economic zones have been envisioned in partnership with the Chinese enterprises that can benefit from tax advantages, tax exemptions on primary materials and on imported production tools. But these projects struggle to materialize, because they often collide with contradictory objectives. In Algeria the industrial park dedicated to the automobile at Bellara didn’t succeed, since the Chinese builder, the JMC group, who was approached to settle there, wished to assemble its vehicles on site exclusively without developing a local sector. In Tangier, the Chinese group Haite would have given up developing the “Cité Mohammed VI Tanger Tech”, presented as a platform intended to welcome Chinese enterprises in automobile or textile production.

Obstacles to Chinese investment in the Maghreb

In the Maghreb, China is not in a very favorable situation as in sub-Saharan Africa. Firstly, the Maghreb States are recipients of the investments carried out by the Arab-Persian Gulf monarchies and more regularly by European countries. In 2016, France and the United Arab Emirates had hold of the ¾ of FDI stock in Morocco. The Chinese capital is therefore not as indispensable as in sub-Saharan Africa where Western financial backers show more timidity (due to the political instability, and the practice of bad governance). In African as in Sudan or in Zimbabwe, China in exchange for access to primary materials offers a diplomatic protection, notably a backing in the United Nations. The Maghreb countries do not enter into this framework of allegiance or see China as a precious partner capable of helping them in their industrial modernization, but side with the United States, and the old colonial powers (France, Italy, Spain). Also note the active presence of Turkish groups like Ulker or Beko, whose products have a strong reputation.

In 15 years, China silenced certain critics, notably those focusing on the quality of their sold products or their potentially dangerous nature, but several recriminations are still expressed. The Chinese distant-water fishing companies are accused of declaring inexact totals of their ship’s gross tonnage (a figure that serves to calculate the total of licensing fees to be paid to African States), transgressing the regulations on the limitations of fishing zonesArnaque sur les côtes africaines La face cachée de la pêche chinoise et des sociétés mixtes au Sénégal, en Guinée Bissau et en Guinée, Greenpeace, May 2015, can be consulted here..

In Morocco, the presence of Chinese investors in the textile sector is always judged with suspicion. After the repeal of the Multi Fiber Arrangement (MFA), January 1st 2005 (which will remove all quota for Chinese textile entering into the European Union), the Moroccan enterprises were confronted with the sustained competition of Asian origin merchandise, distributed within the European market. Chinese production had a significantly weaker production cost thanks to its wage competitiveness and to a more important volume, permitting the economies of scale. The Moroccan enterprises favored their subcontracting activities on behalf of European brands, keen to regularly renew their collections and searching for suppliers capable of assuring their deliveries within few days. The clothing manufacturing sector in Morocco (which insures a quarter of industrial employment) still remains very fragile.

The image of a “predatory” China is fading for several reasons: 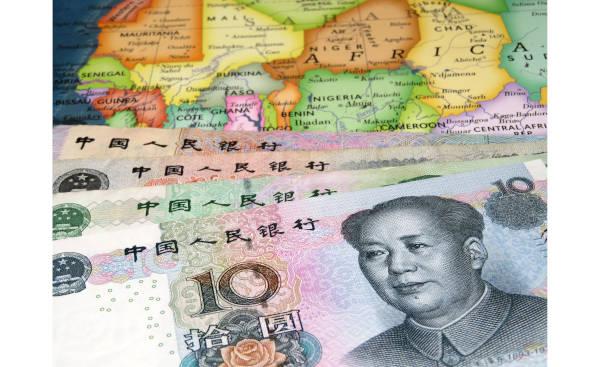 The economic presence of China in the Maghreb: Ambitions and limits