When discussing the newer elements and concepts in the future of the Indo-Pacific in 2021, elements of both change and continuity need to be taken into account. The end of the Cold War opened new facets of security, expanding it in ways that pushed frameworks beyond state and military security. The beginning of the 1990s marked a systemic shift in the study and analyses of security and world order to crucially encompass non-traditional approaches in the traditional security framework.

The changing focus towards non-traditional security

The 2020-2021 Covid crisis has demonstrated the profound impact of a non-traditional security issue to human survival and the well-being of peoples and states. The pandemic has resulted in 2.3 million deaths globally, as per latest figures. It has destabilized globalized economies, with poverty and hunger reaching unprecedentedly disturbing levels, thereby highlighting its devastating socio-economic impact.

In this light, 2021 sees, perhaps, for the first time, a non-traditional security issue racing past the traditional facets of security in terms of policy approaches and of the need for global solutions. In 2021, we are likely to see the issues of climate change and human epidemics take center stage. The past year has underscored that the referent of security is no longer just the State (in terms of state sovereignty or territorial integrity), but also the People (and their survival, well-being and dignity) both at the individual and societal levels. A non-traditional security issue has challenged the very survival of peoples and states, being transnational in nature and scope, defying unilateral remedies and requiring comprehensive political, economic, social responses.

While addressing the 2021 Davos Agenda Summit of Global Leaders, French President Emmanuel Macron focused on tackling inequality and climate change, which was manifest in the larger ambit of linkages to the pandemic. The crisis has been a deeper moral one in addition to being an economic. In the race between shareholders and consumers, it is the planet that has paid the price, taking into account the social, environmental, and democratic impact.

In a similar allusion, Joe Biden’s decision to re-enter the United States in the Paris Agreement, hours after being inaugurated as US President, was another key pointer to the centrality of climate change in global discussions. The climate change agenda will have an impact on Asia’s regional agenda with climate equities likely to be a key constituent of discussions in the Biden administration’s approach in the National Security Council even on security issues.

The upcoming 2021 Copenhagen Democracy Summit, scheduled in May, takes the same line of reference and is dedicated to strengthening the resolve of the world’s democracies by providing a high-level strategic forum exclusively focused on the cause of democracy. This summit will be a vital defining event of this year given its commitment to democracy and open debate in a symbiotic way. The Copenhagen Summit is likely to discuss the future of global democracy, of US leadership, of post-Covid recoveries, and of democratic trust.

Therefore, there are sufficient pointers that the agendas of global health, climate change, and democracy will be the highlights of 2021 and are visibly being taken up at par with the traditional security challenges that confront the Indo-Pacific. This brings us to the second part of this paper, pertaining to the elements of continuity in the Indo-Pacific’s future and the region’s politico-security challenges.

In the security and foreign policymaking realm, the Covid-19 pandemic has triggered an overhauling of the security agenda in many countries and regions. This includes a noticeable international pushback against China, with a concurrence on devising strategies to boost economic resurrection and development while strengthening the strategic environment across the Indo-Pacific.Covid-19, for that matter, has undeniably reshaped the geostrategic landscape across the Indo-Pacific with dramatic consequences. Many vital economies are engaging in conspicuous decoupling from China in key economic sectors. Asian partner-nations and multilateral maritime constructs need to engage in collaborative endeavors aiding in securing global commons.

Regionally, ASEAN unity and centrality will remain at the heart of the Indo-Pacific concept. However, ASEAN centrality does not necessarily imply that it is the sole venue for conducting diplomacy. And perhaps, 2021 might see the creation of nodal centers for dialogue on the sidelines of the ASEAN Summit be encouraged. Asia and Africa shall continue to be impacted by the development of connectivity via open, transparent infrastructure that is based on international standards (for example debt financing practices), thus contributing to the broader sustainable development of the region. Achievement of the UN-led Sustainable Development Goals initiative is possible, with, among other things, a major focus on cooperation in the fields of sustainable and clean forms of energy, including nuclear and renewable.

While the overall defense and foreign-policy posture adopted in 2021 by leading Asian democracies shall be a key determining pillar, the strategic uncertainty vis-à-vis China and long-standing territorial disputes remain bitter realities. They also serve as a reminder that will push Asian democracies to possess capability-based forces to ensure their own survival, and to deter the numerous asymmetric challenges designed and employed by China across the Indo-Pacific.

President Joe Biden’s administration is expected to re-earn global leadership by means of increasing presence across the Indo-Pacific, strengthening allies, prioritizing alliances, and identifying newer partnerships, as it weaves a comprehensive global strategy amid its strategic competition with China.

The US has been in a comparative state of hegemonic and global decline whereas the case of China has been rather contrary. This is the new normal and how China shall take on territorial issues needs to be put on the region’s calculus in dealing with the former’s expansionist-driven strategic and economic agenda. This has not been a tactical shift for that matter. There are structural gaps and weaknesses in global capitalism that China has been observing in terms of its own dialectical materialism construct.

History is witness that the United States has the latitude to stumble when dealing with Asia given the complexities of the region, its demographics, compelling history and its baggage. The opportunity for Biden is to work with allies and partners in the South China Sea to impose diplomatic and economic costs on Beijing. The geo-strategic and military maneuvers undertaken by China in the summer of 2020 showcase Beijing’s endless pursuit of revising the status quo. This applies to all of Beijing’s existing territorial disputes, from the East China Sea to the South China Sea and the Himalayan borderlands. All of these regions have experienced a visible disturbance of the pre-existing status and efforts to shift the power balance.

There are significant geo-strategic challenges ahead. China’s initiative to urge Biden to replace the term “Indo-Pacific” with “Asia-Pacific” is the most visible among many, which are likely to cast a shadow on Asia’s overall foreign and security policy architecture. The looming question remains whether Beijing seeks to alter the mere nomenclature or intends to effectively inject a conceptual and policy-oriented change in the Indo-Pacific. This brings to highlighting the continuity of the Quad’s relevance in the Indo-Pacific’s strategic construct and Washington’s decision to build upon and carry forward the four-nation initiative, comprising the United States, India, Japan and Australia, as has recently been acknowledged by US National Security Advisor Jake Sullivan.

Moreover, in the document US Strategic Framework for the Indo-Pacific declassified on January 5, 2021, the Trump White House’s Asia strategy apparently comes across as one that was focused on maintaining America’s strategic primacy in the Indo-Pacific, prioritizing an air-sea denial military strategy vis-à-vis China within the first island chain. The declassified document proposed strengthening the capabilities of key US allies in the region – namely, Japan, Australia and South Korea –, in that it would contribute to the end state of the overall regional Indo-Pacific strategy at large.

Asia’s contemporary politico-strategic reality is seeing the development of a precipitating conflicting binary relationship between Washington and Beijing. While the Biden administration’s “Indo-Pacific approach” could see alterations in terms of nomenclature, the core strategic objectives – including the role of key actors and regional allies – seemingly shall remain, and be further built upon. The first half of 2021 shall clarify the strategic track adopted by the Biden administration.

In summation, any version of resetting Washington’s ties with Beijing cannot afford the cost of pulling back on the firmness of dealing with unilateral revisionism in Asia, particularly if the Biden presidency’s Asia policy includes the goal of reviving America’s Asian alliances. Any undermining of the unswerving approach on China, or a slippage of Washington’s pledge towards restoring its alliances with Asian allies and partners, will prove detrimental not just for Asia’s future, but for the United States’ own place in this Asian order. 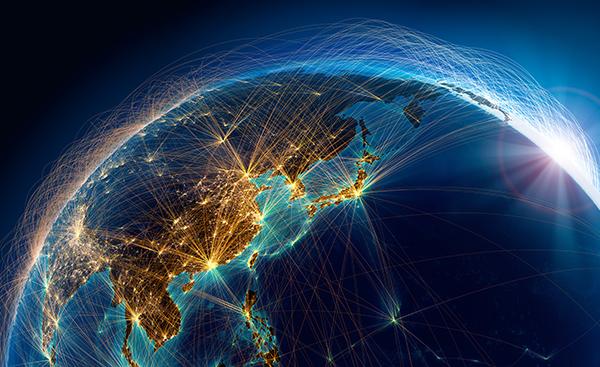