Why have nuclear weapons not been used since 1945? The more time passes, the more the question becomes relevant and even puzzling for pessimists. Most strategists of the 1960s would be stunned to hear that as of 2017, there still has yet to be another nuclear use in anger. The prospects of a “nuclear weapons ban” or recurring proposals for “de-alerting”—instituting changes that can lengthen the time required to actually use the weapons—make the question even more relevant. Has mankind really stood “on the brink” several times since Nagasaki, and have we avoided nuclear catastrophe mostly because of pure “luck”?Recent examples include Daniel Ellsberg, “Roots of the Upcoming Nuclear Crisis,” in David Krieger (ed.), The Challenge of Abolishing Nuclear Weapons, (New Brunswick, Transaction Publishers, 2009); Eric Schlosser, Command and Control: Nuclear Weapons, The Damascus Incident, and the Illusion of Safety, (New York, Penguin Press, 2013); Patricia Lewis, et al., Too Close for Comfort: Cases of Near Nuclear Use and Options for Policy, (London, Royal Institute for International Affairs, 2014), https://www.chathamhouse.org/publications/papers/view/199200; Union of Concerned Scientists, “Close Calls with Nuclear Weapons,” 2015, http://www.ucsusa.org/nuclear-weapons/hair-trigger-alert/close-calls#.W…; Gunnar Westberg, “Close Calls: We were closer to nuclear destruction than we knew,” International Physicians for the Prevention of Nuclear War, May 23, 2016, https://peaceandhealthblog.com/2016/05/23/close-calls/; Union of Concerned Scientists, “I Wish I Didn’t Know That,” undated, http://www.ucsusa.org/nuclear-weapons/close-calls#.WJnYBW_hCUk. Recent books, articles, and reports, as well as two wide-audience documentaries, say yes.The Man Who Saved The World. DVD. Directed by Peter Anthony. 2014; Command and Control. DVD. Directed by Robert Kenner. 2016.

This is not the case. The absence of any deliberate nuclear explosion (except for testing) since 1945 can simply be explained by human prudence and the efficiency of mechanisms devoted to the guardianship of nuclear weapons. Banning nuclear weapons may or may not be a good idea. But it should not be based on the myth of an inherently and permanently high risk of nuclear use.

The analysis that follows covers the deliberate use of nuclear weapons by a legitimate authority, either by error (“false alarm”) or not (“nuclear crisis”). It does not cover the risk of an accidental nuclear explosion, an unauthorized launch, or a terrorist act.On incidents involving the loss of control of nuclear weapons and the risk of unauthorized use, see Bruno Tertrais, “The Unexpected Risk: The Impact of Political Crises on the Security and Control of Nuclear Weapons,” in Hendy D. Sokolski and Bruno Tertrais, Nuclear Weapon Security Crises: What Does History Teach? (Carlisle: Strategic Studies Institute, 2013). It covers 37 different known episodes, including 25 alleged nuclear crises and twelve technical incidents, which have been mentioned in the literature to one degree or another as potentially dangerous.See Bernard C. Nalty, “The Air Force Role in Five Crises, 1958-1965,” USAF Historical Division Liaison Office, June 1968, http://nsarchive.gwu.edu/nukevault/ebb249/doc10.pdf; Michio Kaku and Daniel Axelrod, To Win a Nuclear War. The Pentagon’s Secret War Plans, (Boston, South End Press, 1987); Richard K. Betts, Nuclear Blackmail and Nuclear Balance, (Washington, The Brookings Institution, 1987); McGeorge Bundy, Danger and Survival: Choices About the Bomb in the First Fifty Years, (New York, Vintage Books, 1988); Lewis, et al., Too Close for Comfort; Sean M. Lynn-Jones et al., Nuclear Diplomacy and Crisis Management, (Cambridge, the MIT Press, 1990); Scott D. Sagan, The Limits of Safety: Organization, Accidents, and Nuclear Weapons, (Princeton, Princeton University Press, 1993); Timothy J. Botti, Ace in the Hole: Why the U.S. Did Not Use Nuclear Weapons in the Cold War, 1945 to 1965, (Westport, Greenwood Press, 1996); William Yengst et al, “Nuclear Weapons that Went to War,” DNA-TR-96-25, Defense Special Weapons Agency, October 1996, http://www.nuclearfiles.org/menu/key-issues/nuclear-weapons/issues/weap…; Peter Vincent Pry, War Scare: Russia and America on the Nuclear Brink, (Westport, Praeger, 1999); Nina Tannenwald, The Nuclear Taboo: The United States and the Normative Basis of Nuclear Non-Use, (Cambridge, Cambridge University Press, 2007); T.V. Paul, The Tradition of Non-Use of Nuclear Weapons, (Stanford, Stanford University Press, 2009).

The short answer? If we are to discard Pope John Paul II’s explanation (“Divine Providence”),“In a special way may Divine Providence be praised for this, that the period known as the ‘Cold War’ ended without violent nuclear conflict.” Testament of the Holy Father John Paul II, The Vatican, March 17, 2000, http://www.vatican.va/gpII/documents/testamento-jp-ii_20050407_en.html. it is that the system worked and that, with rare exceptions, those in charge of nuclear weapons have been responsible, prudent, and careful. “Close calls” have ranged in fact from “not-so-close” to “very distant.” 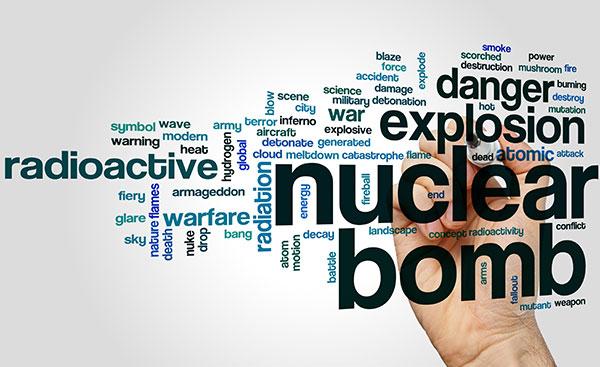 "On The Brink"—Really? Revisiting Nuclear Close Calls Since 1945