In the spring of 2015, a sudden change occurred in population flows between the southern and northern banks of the Mediterranean. Overall numbers of new asylum seekers climbed from fewer than 58,000 in April to close to 89,000 in June. The number of new applicants hailing from Syria nearly doubled, from slightly under 11,000 to close to 21,000Eurostat, ‘First Time Asylum Applicants by Citizenship, EU-28, Absolute Change Between Q2 2014 and Q2 2015’, http://ec.europa.eu/ eurostat/statistics-explained/index. php/File:First_time_asylum_applicants_in_the_EU-28_by_citizenship,_ Q2_2014_%E2%80%93_Q2_2015.png. This was just the beginning; the wave of refugees picked up during the summer, with the movement of some 190,000 Syrians during July, August and September 2015, three times the number that had arrived during the same period in 2014. This would represent a yearly rate of around 672,000. By late October, a cumulative total of 507,000 Syrians were seeking or had secured an abode within the European UnionUNHCR, ‘EUROPE: Syrian Asylum Applications’, updated 19 October 2015, http://data.unhcr.org/syrianrefugees/asylum.php.. 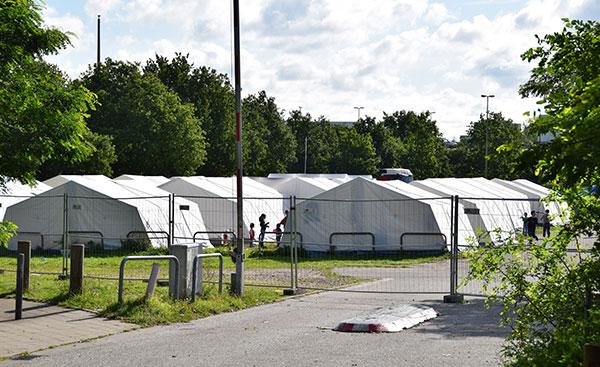 The Strategic Implications of the Syrian Refugee Crisis