The war in Mali broke out on 11 January 2013 in the form of an out-of-theblue French offensive against two armed columns heading towards Bamako, the country’s capital. During the following weeks, a brigade-sized French force, accompanied by a similar number of soldiers from West African countries, reclaimed an area the size of Texas from jihadist groups, which in spring 2012 proclaimed to have set up an independent territory called Azawad in the northern 60% of Mali.1 Although the war in Mali was not a blitzkrieg, as claimed by some, in some ways it can be considered a harbinger of postmodern conflict.2 The war may yet slide into a strategic dead end reminiscent of Iraq and Afghanistan, but such a fate is not preordained. 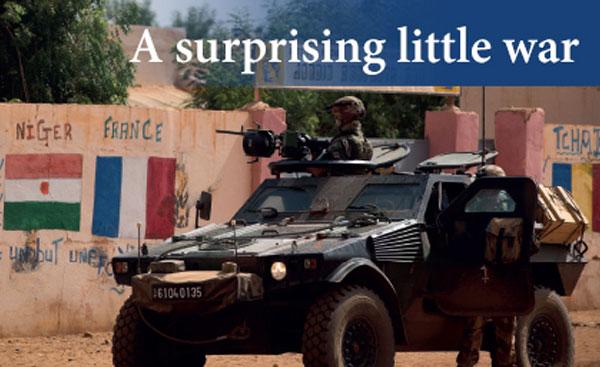