China Analysis introduces European audiences to these debates inside China’s expert and think-tank world and helps the European policy community understand how China’s leadership thinks about domestic and foreign policy issues. While freedom of expression and information remain restricted in China’s media, these published sources and debates provide an important way of understanding emerging trends within China.

Each issue of China Analysis focuses on a specific theme and draws mainly on Chinese mainland sources. However, it also monitors content in Chinese-language publications from Hong Kong and Taiwan, which occasionally include news and analysis that is not published in the mainland and reflects the diversity of Chinese thinking.

It would be an enormous mistake to overlook the key importance of Taiwan for China’s security policy – and to ignore the sense of urgency that currently prevails in Beijing regarding domestic trends inside Taiwan. Between 2008 and 2016, the accommodative policies of President Ma Ying-jeou in Taiwan led to so much stability in crossstrait relations that the Taiwan issue disappeared from the radar screens of most politicians and security analysts. This was to the relief of many in Europe to whom Taiwan constitutes an irritant in European Union-China relations. It represents Europe’s democratic values made manifest but complicates the EU’s strategic imperative to avoid challenging China on its core interests.

The Taiwan issue is making a comeback because of democratic politics on the island. In January 2016, Tsai Ing-wen, of the pro-independence Democratic Progressive Party (DPP), was elected president of Taiwan. For the first time in history, her party also secured a majority in the Legislative Yuan. President Xi Jinping has described cross-strait relations under the new DPP administration in the following way: “when the foundations are not stable, the earth moves and the mountains shake” (基礎不牢，地 動山搖, jichubulao, didongshanyao). The earth has not yet shaken, but the potential for a new crisis in the Taiwan Strait is slowly building up.

Tsai is no novice in cross-strait politics. She accumulated considerable government experience as a senior policy adviser and a trade negotiator in the 1990s. Under the presidency of Chen Shui-bian (2000-08), she led the Mainland Affairs Council, the ministry-level agency that develops and implements Taiwan’s cross-strait policies. Because of this record, and simply because the DPP Charter calls for the establishment of a Republic of Taiwan, Beijing views her as a pro-independence figure.

But Tsai is no Chen Shui-bian. Her policy platform does not include the search for formal independence. She believes in a separate Taiwanese national identity, but in that she is in line with mainstream public opinion on the island, as all polls consistently indicate. Most importantly, she has learned lessons from Chen’s brinkmanship. Her main conclusion is to avoid surprises and refrain from openly challenging Chinese red lines. Strategic surprises killed trust in United States-Taiwan relations, and gave Beijing ample space to increase pressure on Taiwan. This ‘no surprise’ approach explains the Tsai administration’s mortified reaction after President-elect Donald Trump tweeted he had spoken on the phone with the Taiwanese president. Taipei wanted the substance but not the publicity, and Trump’s tweet was not part of the script.

The articles in this issue of China Analysis reveal how little space the Tsai administration has to implement its priorities – all of which are domestic. She was elected on a platform of increasing salaries and improving social justice. The central message of her campaign was that Taiwan’s domestic problems would not be solved simply by more integration with mainland China, a message exactly opposite to the platform of rival Kuomintang.

China will not reward this low-key and non-provocative approach. In fact, China has a strategic stake in Tsai’s rapid failure and in the long-term weakening of the DPP. Tactically, the aim is to shape an environment that will ensure the victory of the Kuomintang at the 2020 presidential and legislative elections. To achieve that goal, China relies on coercion. But the sticks are softer than one could have anticipated. The diplomatic truce is over, but China is in no hurry to establish formal ties with the 21 states that still recognise Taiwan. China is placing invisible restrictions on tourism from the mainland, but visitors from south-east Asia have already made up for the losses of the Taiwanese tourist industry. The interruption of official communication channels does not seem to have affected the Tsai administration’s plans, as this had been anticipated in advance. The People’s Liberation Army is signalling its displeasure, including by sending the Liaoning aircraft-carrier to the east coast of Taiwan for the first time – where its air power could play a role in a war. But the PLA has yet to initiate actions that would dramatically increase pressure on Taiwan. It seems that China is waiting for the Kuomintang to overcome its leadership crisis before it restarts visible coordination with the opposition party and adds more carrots to the policy mix. With more carrots could also come more sticks.

Optimists argue that China’s 19th Party Congress this autumn will open a brief window of opportunity for the two sides to bridge their differences and find a mutually acceptable formula to initiate talks. There have been persistent rumours that Beijing might quietly drop its insistence on a recognition by Taipei of the 1992 Consensus as a precondition to talks, and replace it by an even vaguer acknowledgement that there is only ‘one China’. But this is highly improbable. Even if communication channels resumed, China would try to use them to deepen economic and human integration, while the DPP would try to use them to neutralise Chinese hostility.

The most probable scenario is therefore one of incremental coercion; to slowly turn up the heat on the DPP. In this regard, the 19th Party Congress will be a moment of truth. After a long debate in the early 2000s, Chinese strategists concluded that it would be counter-productive to set a deadline for unification with Taiwan. As a result, the Anti-Secession Law adopted in 2005, which codified the use of “non-peaceful means”, does not include a timeline. But this debate has now been reopened. If China opts for a deadline, be it 2021 – the 100th anniversary of the foundation of the Communist Party of China – or 2049 – the 100th anniversary of the foundation of the People’s Republic of China, a crisis will be extremely difficult to avoid.

This leaves Taiwan having to rely on the Trump administration and US extended deterrence. On that front, the signals are mixed. Washington no longer stresses democracy and liberal values in foreign policy, which is a bad thing for Taiwan. The new administration’s transactional approach to China policy is confirmed by its new emphasis on refraining from labelling China a currency manipulator if China is more helpful on North Korea (an approach which might lead Trump to conclude that the transactional approach is not necessarily effective). This has reignited the structural fear in Taiwan that the island could be used as a bargaining chip in a greater US-China game. At the same time, Trump might soon authorise a new arms sales package to Taiwan, which is sure to generate tensions with China. It will take months before US policy on Taiwan becomes predictable, if it ever does.

More instability in the US-China-Taiwan triangle may make the EU’s stated goal to “explore launching negotiations on investment with Taiwan” more challenging. But it should still be pursued in connection to the EU’s ongoing change of approach on investment relations with China. For Europe, Taiwan is not leverage to be used to extract better deals from China, but a partner with which economic, cultural, and social interactions have the space to deepen. 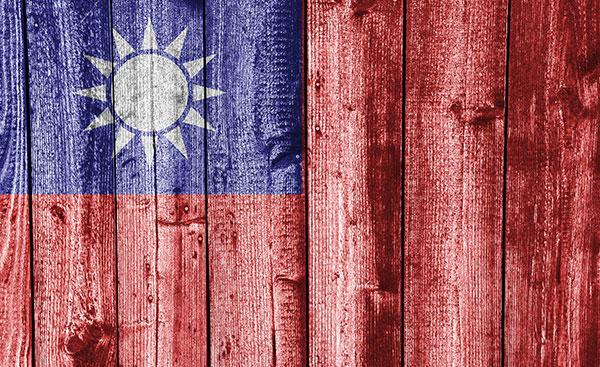 Tsai Ing-wen’s New Southbound Policy: the view from the mainland