The Treaty on the Non-Proliferation of Nuclear Weapons (NPT) has structured international security for fifty years. With 190 States Parties, it is one of the most universal multilateral treaties. However, its interpretation has been the subject of debate since it was signed. Its fiftieth anniversary offers an opportunity to take stock of its achievements and to consider its future prospects.

From a historical perspective, the NPT reflects the Cold War context in which it was adopted. Indeed, it was the product of the two then-superpowers’ will to limit the danger of the nuclear game by curbing the spread of weapons. The United States and the former USSR were its main architects, even if the two countries had to accept some concessions from non-nuclear-weapon countries when opening negotiations in a multilateral framework. In parti-cular, provisions on the promotion of peaceful uses of nuclear energy and on disarmament were added during the negotiations.

During the Cold War, the Treaty was strengthened by the gradual accession of states, some of them after important debates. The accession of non-nuclear-weapon states such as the Federal Republic of Germany (FRG) and Japan were signs of the emergence of a strong norm against the proliferation of nuclear weapons.

As this norm has advanced, groups of non-nuclear-weapon states, both parties and non-parties of the Treaty, have increasingly and consistently stressed the need for further implementation of the disarmament obligations contained in Article VI of the Treaty, and for cooperation in the field of civil nuclear cooperation. These demands culminated in 1995, during the debates on the extension of the Treaty, initially concluded for 25 years. The 1995 NPT Review and Extension Conference was a major success for the non-proliferation regime in extending the NPT indefinitely. It illustrated the resilience of the Treaty and of the regime despite the proliferation crises it was facing at that time. It showed that for the vast majority of States Parties, this non-proliferation norm is a collective good that should not be conditioned by other objectives. However, its success requires nuclear states to make stronger commitments, particularly in the area of disarmament. 1995 marked the gradual acceptance by all States Parties of a reinterpretation of the Treaty based on three pillars: non-proliferation, peaceful uses and disarmament.

In this context, criticism remains strong regarding the implementation of the Treaty and in particular regarding what is perceived by a group of states as the lack of progress on disar-mament. These disagreements have plagued the last Review Conferences, and now seem to complicate the strengthening of the non-proliferation regime.

Despite these sticking points, which seem likely to persist due to the current crisis in the arms control regime and the political exploitation of the divisions among the States Parties to the Treaty, the successes demonstrated by the Treaty after fifty years must be high-lighted. First of all, the NPT has solidified a non-proliferation norm that has become indisputable among the overwhelming majority of its parties. Second, it has allowed the emergence of an implementation and verification regime (safeguards system) and the adoption of related norms (on the banning of nuclear tests, trade in nuclear materials, etc.). Finally, thanks to its normative power and its constraining force, it has succeeded in durably limiting the number of nuclear powers. The NPT thus remains a particularly valuable treaty whose contribution to international security is recognized. It is therefore necessary to continue seeking to remedy its weaknesses, to promote the implementation of all of its dimensions and to preserve the support of its States Parties for its final objective and the regime that surrounds it. 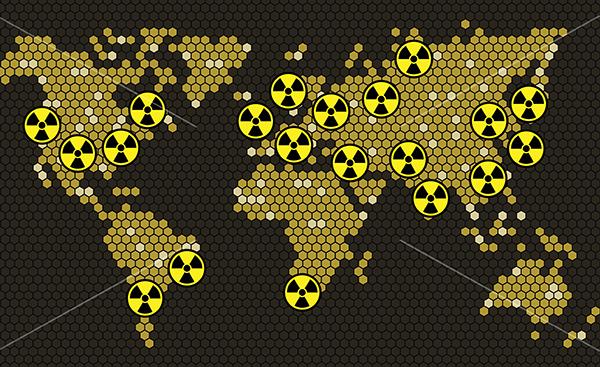 50th anniversary of the NPT: evolutions and prospects