Research for this monograph was made possible by a grant of the Richard Lounsbery Foundation. A shorter version was published as “The Thick Red Line: Implications of the 2013 Chemical-Weapons Crisis for Deterrence and Transatlantic Relations”, Survival, vol. 59, n° 6 (2017).

On 14 April 2018, French, UK and US forces led a large-scale intervention against Syria’s chemical weapons arsenal and associated targets. This temporarily concluded a sequence of events that had started in 2013.

In the summer of 2013, the Syrian regime had engaged in a large-scale chemical weapons attack against its own people in the Damascus suburb of Ghouta, an event that left many people dead, disturbed France-US relations and reverberated around the world with potentially profound consequences for deterrence.

In the years leading up to the gassing of Ghouta, the United States, France and the United Kingdom had attempted to coordinate their policies toward the civil war that was threatening Syria’s dictator, Bashar Al Assad. This included declaratory statements intended to deter the use of chemical weapons.

And yet the response to the attack was disorganized, reflecting the very different paths that led Obama and Hollande to this moment.

The American President Barack Obama had struggled for much of his presidency to articulate a doctrine on the use of force. Obama was able to defeat Hilary Clinton for the Democratic nomination, and then defeat Senator John McCain for the Presidency, in no small part by emphasizing that both candidates had supported the 2003 invasion of Iraq. Yet Obama was not a straightforward anti-war candidate – he had campaigned as pragmatist who would wind down the unnecessary war in Iraq while seeking victory for the necessary one in Afghanistan. Obama used his Nobel Prize address to articulate his doctrine for the use of military force, one that was consistent with his views on just war theory and the constitution. Moreover, Obama, and his close staff, were largely dismissive of a conventional wisdom on foreign policy, which they believed had resulted in the catastrophe of Iraq. Ben Rhodes, the President’s speechwriter and a close confidant, was famously quoted as calling the community of foreign policy and national security experts “the blob.”David Samuels, “The Aspirant Novelist Who Became Obama’s Foreign Policy Guru”, The New York Times, 5 August 2016. The term served to dismiss objections to the President’s foreign policy choices – including objections by members of the President’s cabinet – as the sour grapes of a discredited elite.

It was in this context that Obama approached the growing carnage in Syria. He had opposed the war in Iraq, and felt “boxed in” by his generals in Afghanistan. The Administration was also disappointed with the failure to create a stable government in Libya following the 2011 NATO intervention – in public, Obama called Libya a “mess”; in private, he referred to the situation in the country as a “shit-show.”Jeffrey Goldberg, “The Obama Doctrine”, The Atlantic, April 2016. He also blamed the United States’ European allies, specifically the United Kingdom’s David Cameron and France’s Nicolas Sarkozy, for not “being invested in the follow-up” necessary to create a stable Libyan government.Catherine Treyz, “Obama : Europe distraction led to Libya ‘mess’”, CNN.com, 11 March 2016. As a result, Obama and those closest to him were reluctant to be drawn into the war in Syria, believing that intervention would draw the United States into yet another intractable conflict.

And yet the President had issued a strong warning that his reluctance might change if Assad were to unleash his stockpile of chemical weapons against Syria’s civilian population. Asked about that possibility at press conference, Obama had indicated that the use of chemical weapons in Syria’s civil war would cross a “red line” and change his thinking about the conflict. Obama’s remarks were widely reported around the world, including in Paris, where senior officials, including Hollande, took them seriously.

In August of that year, follow a number of incidents where Syrian forces may have used small amounts of chemical weapons, the Syrian Arab Army unleashed a large-scale attack with the nerve agent sarin against the Damascus suburb of Ghouta, which caused the death of several hundreds.

The French President François Hollande, had been far more willing to consider a military intevervention in Syria. Hollande, the first Socialist elected President of France in two decades, was an unlikely hawk. And yet shortly after taking office, he had approved an intervention to stop Islamist forces from seizing control in Mali. Acting on the assumption that Obama would enforce his red line, Hollande and the French government began to prepare for a limited use of force to degrade Syria’s chemical weapons infrastructure, damage military units responsible for the attack and ultimately punish Assad’s regime.

In the United States, too, preparations were underway for what US officials to one believed would be a strike – until Obama began to waver. After the conservative government of David Cameron lost a vote in the House of Commons, Obama announced that he would seek an authorization from Congress to use force, a step that appeared to many as a transparent effort to avoid a strike while laying the blame upon the President’s opponents in Congress.

At the last moment, a Russian initiative to persuade Syria to abandon its chemical weapons and accede to the international treaty prohibiting their possession ended the crisis.

But the manner in which the crisis played out was deeply unsatisfying. In Paris, Obama’s decision was seen for a cynical attempt to avoid enforcing his red line, while shifting the blame to his opponents in Congress. Although comparisons to tensions over Suez in 1956 or even the Iraq War in 2003 may be overblown, the President’s actions alienated an ally in Paris. President Hollande was described as “stunned” by Obama’s turnabout, while outgoing Foreign Minister Laurent Fabius would publicly blame Russia’s annexation of Crimea and intervention in Ukraine on the Obama’s failure to follow through in Syria.Xavier Panon, Dans les coulisses de la diplomatie française, Paris, L’Archipel, 2015, p. 183. For his part, President Obama and most of the people working in his administration were unrepentant about the decision to refrain from using force. Obama told Jeffrey Goldberg, in a widely publicized interview, that departing from the “Washington playbook” was among his proudest moments. In other parts of the interview, he referred to US allies, including Britain and France, as “free-riders,” a depiction that angered many in Paris.Goldberg.

Five years later, it is now possible to take a dispassionate look at what happened – and what went wrong – in 2013. Whether one believes the ultimate course of action to be wise or not, the execution was bungled and resulted in a severe and unnecessary strain to the US-France relationship. As Trump and Macron attempted to repair the damage and restore deterrence, it is useful to ask what lessons we might learn from the “red line” incidents, both for deterring WMD weapons attack but also managing crisis coordination among allies. 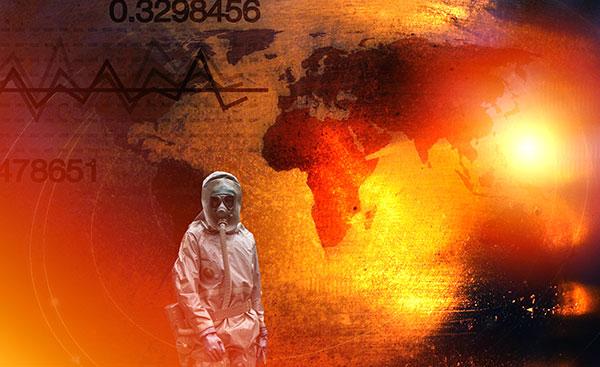 Beyond the Red Line - The United States, France, and Chemical Weapons in the Syrian War, 2013-2018