The expression “red line” has become a regular feature of the global policy debate. It has notably been used with regard to the Iranian nuclear programme, the Syrian civil war, and the Ukraine crisis.

Although its increasingly frequent use is a recent trend, the term refers to a well-known political phenomenon: preventing an event or occurrence that is deemed unacceptable. The expression always involves interaction between at least two agents on the international stage, and suggests the idea of a game-changing fact or act, yet it can have several distinct meanings. It is used, for instance, in diplomacy to define one’s own internal position (“our red line should be…”) in preparation for a negotiation, or to state that such and such a concession would be unacceptable. For example, in 2014 Iran affirmed that maintaining its uranium enrichment capability is a “red line” that it would not allow to be crossed in the framework of any agreement with the international communityAccording to an unnamed senior Iranian official, “our Supreme Leader (…) has set a red line for the negotiators and that cannot change and should be respected. (...) Uranium enrichment should be continued and none of the nuclear sites will be closed”. Quoted in Louis Charbonneau and Parisa Hafesi, “Exclusive: Iran digs in heels on nuclear centrifuges at Vienna talks – envoys”, Reuters, 18 June 2014. Seeking to highlight the fact that the United States will not deploy ground troops in Iraq, the Secretary of State, John Kerry, talked about a “red line” that Washington would not cross. Quoted in Helen Cooper, “Obama Enlists 9 Allies to Help in the Battle Against ISIS”, The New York Times, 5 September 2014.. The Palestinian Liberation Organization (PLO), for its part, holds the view that “the Green Line [the 1949 armistice line, author’s note] is a red line” in the context of the negotiations to create a Palestinian StatePalestine Liberation Organization, Negotiations Affairs Department, The Green Line is a Red Line: The 1967 Border and the Two-State Solution, Fact Sheet, undated.. Likewise, the expression is used by governments to privately define a threshold for action (for instance, a casus belli, or the precise terms of commitment to an ally). In the midst of the current chaos in the Middle East, it has been suggested that the destabilisation of Jordan would be intolerable and thus constitute a red linefor IsraelDavid Rothkopf, “The real red line in the Middle East”, Foreign Policy, 30 June 2014..

Moreover, it is in Israel – a country that has for decades maintained a constant policy of deterrence towards its State and non-state adversaries  – that the term has doubtless been most frequently employed since the 1970sThe term is also used in Israel in another context: the “red line” (kav adom) of the Sea of Galilee is the line (213 metres below sea level) below which the replenishment of the lake’s natural freshwater reserves becomes difficult, and pumped water from the lake is no longer permitted. Shoshana Kordova, “Word of the Day / Kav Adom: don’t cross that line. The red one”, Haaretz, 6 December 2012. . The country’s red lines are often unstated publicly and are only communicated to its adversaries through the use of coercive means, aiming to develop a learning process in the adversary’s mind regarding deterrence (for example, in the context of the ongoing Syrian crisis, Israeli strikes to signal the prohibition of strategic arms transfers by Iran or Syria to Hezbollah). Israeli red lines are also sometimes conveyed directly to the adversary in a private and discrete fashion, if necessary through the use of an intermediaryMicah Bar, Red Lines in Israel Deterrence Strategy (in Hebrew), Tel Aviv, Ministry of Defense Publishing, 1990..

Other countries have adopted such an approach in the Middle East. In the 1980s, the leaders of Hezbollah were deterred from targeting the Soviet presence in Lebanon by a demonstration carried out by Moscow: the Soviet intelligence services targeted an important religious dignitary and mutilated him following an attack on the country’s diplomatic representativesStrategic Advisory Group, US Strategic Command, Essentials of Post-Cold War Deterrence, 1995, p. 4.. In the 1990s, the U.S. intelligence services carried out what was later described as “an intelligence operation” in order to deter Iran from again targeting U.S. interests following the Khobar Towers attack (American lodgings in Saudi territory) in 1996; the nature of this operation has not been made public – it appears to have threatened Tehran with revealing the identity of all the Iranian agents in the region known to U.S. services – but the warning was received loud and clearRichard Clarke & Steven Simon, “Bombs that would backfire”, The New York Times, 13 April 2006; and Richard Clarke, Against All Enemies. Inside America’s War on Terror, New York, Free Press, 2004, pp. 120-129..

This paper will refer to a restrictive definition of red lines: the manipulation of an adversary’s intent through (mostly public) statements for deterrence purposes, referring to the deliberate crossing of a certain threshold by an adversary, and relevant counteraction if this threshold is crossed. This definition refers to a dynamic process (which distinguishes it from, for instance, the diplomatic “bottom lines” mentioned above). The threshold in ques tion may refer to military escalation, vertically (e.g. the use of chemical weapons by Syria), or horizontally (e.g. when in February 2016, Turkey’s deputy prime minister Yalcin Akdogan, warned the Kurds that “the YPG [a Kurdish armed group, author’s note] crossing west of the [River] Euphrates is Turkey’s red line”Quoted in Andrew Rettman, “Turkey clashes with allies over attack on Syria Kurds”, EU Observer, 15 February 2016.)On the first point, for example, the term “red line” is often used to describe the United States’ commitment to the defence of Israel. In 1975, the Israeli Defence Minister Ygal Allon used the expression “red line” to define his country’s survival in the eyes of Washington (United Press International, “Allon Cautions US on Talks”, 19 June 1975). More recently, President Obama evoked Egypt’s compliance with its peace treaty with Israel as a “red line”: “They have to abide by their treaty with Israel. That is a red line for us, because not only is Israel’s security at stake, but our security is at stake (...)” (Presidential Debate in Boca Raton, 22 October 2012). On the second point, the expression “red line” was used by France to refer to the boundary line that Libya should not cross when attacking Chad (the 15th Parallel in 1983, and then the 16th the following year). Similarly, the “Damara red line”, 75 kilometres from Bangui, was the line established at the end of 2012 by the forces of the Economic Community of Central African States protecting the capital from Séléka.. It may also refer to the production of sensitive material (e.g. the quantity or grade of enriched uranium produced by Iran), or to exports of non-conventional technologies (e.g. the transfer of nuclear material or installations by North Korea), or alternatively, to a political decision (e.g. a unilateral declaration of Taiwanese independence)For example, U.S. President George W. Bush stated in 2008, “And I made it abundantly clear that there was some red lines for the United States on this issue, that there would be no unilateral declaration of independence (...)”. George W. Bush, Interview with Foreign Print Journalists, 30 July 2008. On a related note, in 2004 Syrian President Bashar al-Assad used the term “red line” when referring to the creation of an independent Kurdish State (Interview with CNN-Türk, 8 January 2004)..

Analysing why and how red lines can prove effective or not is thus in large part a subset of studying deterrence: avoiding an adverse action through the threat of retaliation (deterrence by “threat of punishment”), or indeed, much less commonplace, through action aiming to prevent the adversary from attaining its goals (deterrence by denial”)This reference is to the distinction proposed by Glenn Snyder (see Glenn H. Snyder, Deterrence by Denial and Punishment, Princeton, Woodrow Wilson School of Public and International Affairs, Center of International Studies, Princeton University, 1959).. The corresponding notion of ultimatums is an entirely different matter: they involve coercion, not deterrence, as the goal is to force an actor to do something, rather than to prevent it from doing something.

Given their importance in the international landscape, it is useful to try to understand when and how it can be appropriate – if at all, for red-lining is often highly criticised – to draw a red line when trying to deter an adversary. 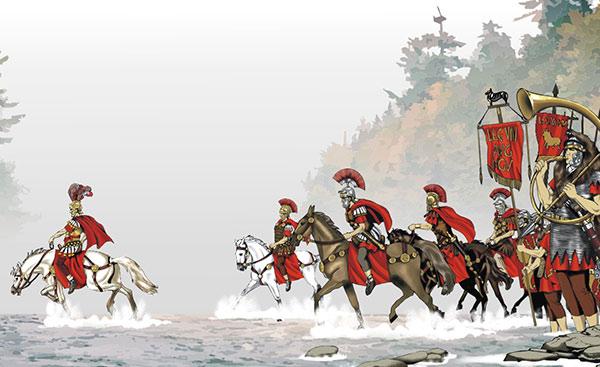 The Diplomacy of "Red Lines"