On May 25, 2017, two US representatives, Peter Roskam (Republican) and Ted Deutch (Democrat) sent a letter to Secretary of Defense James Mattis and Secretary of State Rex Tillerson urging them to take necessary measures to prevent Iran from building permanent military bases in Syria. In their letter, Roskam and Deutch noted that Iran’s intentions in Syria focused on solidifying “its access to the Mediterranean Sea by building a permanent seaport and constructing numerous military installations throughout the country. A permanent Iranian military presence in Syria would greatly harm U.S. interests in the region and decrease the likelihood of reaching a political agreement to end the Syrian civil warU.S. Representative Peter J. Roskam (6th District of Illinois), “Roskam, Deutch Warn Against Permanent Iranian Presence in Syria”, May 25, 2017, Accessed on: December 6, 2017..”

Soon after the Roskam & Deutch letter to the secretaries Mattis and Tillerson, Israeli sources, referring to Prime Minister Benjamin Netanyahu, accused Iran of building a missile base in Syria. These claims were supported by imagery intelligence (IMINT) pieces of evidence showing an alleged missile production facility under construction near the city of Baniyas, Tartus governorate, where the Russian naval base is also locatedBBC, Accessed on. December 6, 2017; The Jerusalem Post, Accessed on: December 6, 2017..

In the meanwhile, German outlet Die Welt drew attention to suspicious Iranian flights to the Russian Hmeymim Base in Latakia around June 2017Die Welt, Accessed on: December 6, 2017.. Besides, at the time, Israeli newspaper Haaretz reported a top secret meeting between Russia, the US, and Israel in Jordan’s capital Amman in early July 2017. According to the Haaretz story, during the meeting, the Israeli side did its best to convince Moscow and Washington to remove Iran from SyriaHaaretz, Accessed on: December 6, 2017..

Apart from the reported missile facility in Baniyas, at the time of writing, BBC released a story about another rising permanent Iranian base. According to the quoted ‘Western intelligence source’ in the claims, the compound was located only 14km south of Damascus, in the town of al–Kiswah. Analysts indicated that up to 500 personnel could reside in the facility which was probably controlled by the Iranian Revolutionary Guards CorpsBBC, Accessed on: December 6, 2017..

Only a few weeks following the abovementioned BBC story, on December 1, 2017, press sources –including the Syrian state television– reported that the Israeli Air Force (IAF) struck an Iranian military facility in al–Kiswah near the capital DamascusHaaretz, Accessed on: December 4, 2017.. This very incident marked the tense situation in Syria emanating from the Iranian forward deployments.

This report aims to assess the growing Iranian basing in Syria, something far more critical than the current presence of the Revolutionary Guards and their proxy Shiite militia in the civil war–torn country. Unlike Moscow, Tehran lacks the necessary legal basis to station permanent military presence on the Syrian soil. Article 75 of the Syrian Constitution openly states that any international treaties related to the safety and sovereignty of the state shall be subject to the National Assembly’s legislationFor the full text of the Syrian Constitution, see here, Accessed on: January 10, 2018.. Furthermore, despite the heavy Russian influence on the Baath regime, Russian basing in Syria have been strongly depending on formal bilateral agreements.Thus, the Iranian bases could turn into a fait accompli in the course of the ongoing turmoil. Such a course would inevitably bring about important geopolitical, political–military and operational outcomes for the Middle East as follows:

Last but not least, one should not disregard the very possibility that the military facility in Baniyas could be a Syrian missile and rocket production center that has been constructed and to be operated in cooperation with the Iranians. In this scenario, the Syrian regime could opt for boosting its rocket and missile capabilities through the Fateh–110 line (or its Syrian version M–600 Tishreen) as well as Fajr artillery rockets. These tactical assets could provide Assad’s forces with essential capabilities on the battlefield. Considering the Baath regime’s ties with the Lebanese Hezbollah, such a Syrian – Iranian cooperative project would mark an alarming trend regarding regional security in the Middle East. Furthermore, in case Assad could sustainably reinforce its armed forces with enough offensive systems, he could well gain some degree of political–military shelter for his regime. 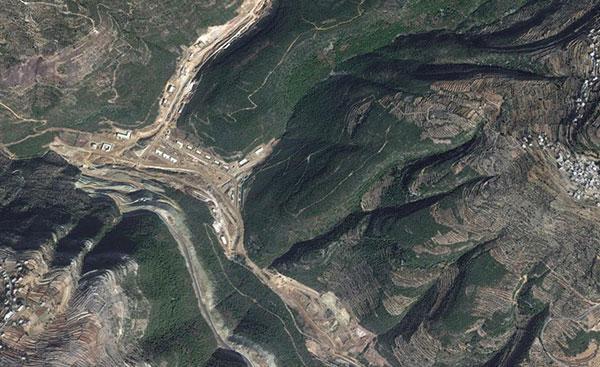