In March, the health authorities in western Libya announced the first official case of Covid-19 in the country. While the world was enforcing a lockdown to prevent the spread of the virus, war-torn Libya renewed with heavy fighting in the capital. Despite the UNSMIL’sUNSMIL for United Nations Support Mission in Libya. call for a lull in the fighting, the Libyan National Army (LNA) and its allies conducted shelling on Tripoli, targeting indistinctly residential neighbourhoods, hospitals and armed groups’ locations. The Government of National Accord (GNA) answered LNA’s shelling campaign by launching an offensive against several western cities. These operations could not have been executed without the support of both conflicting parties’ main backers: Turkey and the United Arab Emirates (UAE). The protracted conflict results from the competing parties’ unwillingness to agree on conditions to resume political negotiationsOn April 27th, 2020, Khalifa Haftar announced “the fall of the Political Agreement” and accepted [in the name of the General Command of the Armed Forces] the will of the people to lead this transition. This declaration aims at countering the head of the House of Representatives (Aguila Saleh) and foreign countries’ attempts to withdraw their support for the military intervention. On June 6th, the GNA for its part refused the political and ceasefire initiative by Egyptian President, Al-Sisi (« Full Text of Address by Field Marshal Khalifa Haftar: The Political Agreement has Destroyed Our Country », Al-Marsad, 27 April 2020; « Libya's GNA Rejects Cairo Initiative Peace Plan: Reports », Al-Arabiya, 7 June 2020).. But it is also a consequence of the ambitions of several countries, supplying extensive means to reach economic and political goals.

On April 4th, 2019, the LNA announced a lightning campaign against Tripoli. However, it encountered fierce resistance from pro-GNA armed groups. As weeks went by, frontlines entrenched in southern Tripoli. Upgraded military weaponry became essential for both parties to overcome the other. Six month after the beginning of the conflict, the UAE – LNA’s long-time sponsor – started stumbling over Turkey’s assistance to the GNA. Tripoli’s government launched multiple coordinated operations against strategic Al-Watiyah base (west of Tripoli) and towards Abu Grein (east of Misrata)« The Anti ISIS Coalition – 25-31 March », Eye on ISIS in Libya.. After a LNA counteroffensive, the GNA expelled its forces from a number of western coastal cities« Libya: Government Forces Control 8 Areas in 7 hours », Middle East Monitor, 16 April 2020.. In April and May, combat operations remained intense as both GNA and LNA forces hurled significant military manoeuvres in southern Tripoli and Tarhuna. The provision of military equipment, drones, and foreign fighters fostered the conflict, leading Libya to a hazardous race to the bottom, and, ultimately, turning the civil war into a proxy one. By June, the GNA, with the support of Turkey, had taken over the Al-Watiyah base, surrounding cities (Badr, Tiji, Al-Asabah) and Tarhuna, inflicting a major blow to the LNA offensive. From there, Turkey and the UAE started an endless race moving the conflict in the central city of Sirte, Muammar Qaddafi’s birthplace. The city could be the scene of a show of force involving the deployment of heavy artillery, foreign fighters and naval manoeuvres off Sirte coast.

This research note aims to analyze the military support provided by Turkey and the UAE to their respective protégés, namely the LNA and the GNA. It complements the previous paper on the role and incentives of both countries to intervene in LibyaAude Thomas, « Islamisme, livraisons d’armes, et désinformation : le rôle des puissances régionales dans le conflit libyen », Notes de la FRS, n°43/2020, 26 mai 2020.. Ankara and Abu Dhabi are fighting to promote their political conception and ensure their economic interests. More to that, Libya offers the possibility for the two countries to assert their regional influence, through diplomacy for the UAE and military action for Turkey. Ultimately, the note, which also explores Russia’s increasing involvement in Libya, analyzes the consequences of the LNA’s setbacks from a local and regional perspective. 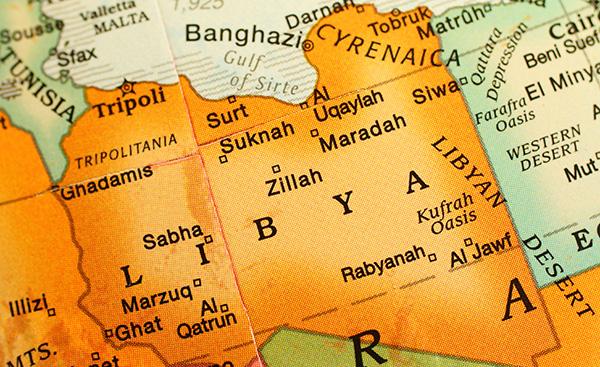 The Turkey-UAE race to the bottom in Libya: a prelude to escalation