This article seeks to answer a question key to understanding the configurations of the emerging global order: are  Russia and China already in a de facto military alliance (against the U.S.), or may they soon enter one? The article starts with a review of academic literature on alignments in general and alliances in particular. The author then infers criteria, which an alignment needs to meet to be described as an alliance, and sets out to ascertain whether the relationship between Russia and China either presently meets these criteria or may do so in the near future.

The relationship between China and Russia is getting stronger by the hour. To ascertain that this is the case, one needs to look no further than Xi Jinping’s and Vladimir Putin’s calendar of visits. China was the first country that Putin visited after being inaugurated for a third presidential term in May 2012; Xi returned the favour in 2013. The two have met about 30 times and show no sign of developing fatigue from seeing each other. Putin has referred to Xi as “my dear friend” and “my good long-time friend.” Xi is even more complimentary. “He is my best and bosom friend. I cherish dearly our deep friendship,” Xi said of Putin in June 2019. The Covid-19 pandemic has forced the two leaders to adjust their schedule of bilateral meetings, but as of July 2020 Xi and Putin still planned to meet on at least three occasions in the second half of 2020: during the summits of the Shanghai Cooperation Organization and of BRICS in Russia and during Putin’s official visit to China. A recent poll conducted for China’s Global Times showed that one-third of the Chinese viewed Russia as the country that is first in terms of influencing China, while polls conducted in Russia consistently show that a clear majority of Russians have a favourable view of China. In addition to strengthening political ties, Russia and China have also been expanding their military and security cooperation to include joint air patrols and joint naval war games in the Mediterranean.

This strengthening of Russian-Chinese ties has made many (see Table 1), not only in Moscow and Beijing, but also Washington, Paris and other European capitals, wonder whether Moscow and Beijing are either already in a de facto military alliance (against the U.S.), or may soon enter one in what will undoubtedly have a significant impact on the changing global world order.

* This article is based on the author’s conference Towards a China-Russia Alliance? hosted by Fondation pour la recherche stratégique on June 26, 2019. The author would like to thank Professor Steven Walt, Professor Adrian Hyde-Price, Arthur Martirosyan and Nabi Abdullaev for their feedback on individual sections of earlier drafts of this article. The author would also like to thank Angelina Flood for assistance in visualizing the foreign trade data and proofreading this article. 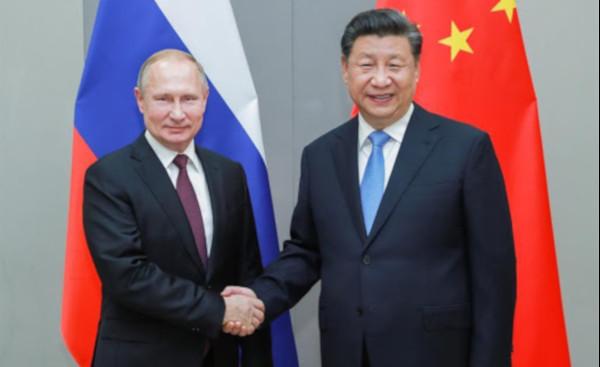 Why Russia’s alliance with China is improbable, but not impossible