Friends of Europe’s study examines how political parties and senior security and defence stakeholders in France and beyond approach France’s current and future strategic position. The study provides the incoming French government and the broader security community with recommendations and food for thought on the future of France’s defence policy.

This event is co-organised with Friends of Europe and Contexte.

Chairman of the Robert Schuman Foundation

Jean-Dominique Giuliani is an expert on European issues well known for his long-standing commitment to all areas of European construction. Prior to his current position, Giuliani served as a Special Advisor to the European Commission, Maître de Requêtes at the Council of State, Chief of Staff of former French Senate President René Monory, and Director at the Taylor Nelson Sofres Group. An established author, he has written numerous articles and books, including most recently ‘Pour quelques étoiles de plus... Quelle politique européenne pour la France?’ published in March 2017.

Deputy Director, Security and Geopolitics at Friends of Europe, and Member of Women in International Security (WIIS) Brussels

Pauline Massart leads Friends of Europe’s Peace, Security and Defence work, developing the work programme, projects and partnerships on global peace, security and defence issues. She has spearheaded projects such as the think-tank’s 2011 global cyber-scorecard, as well as a global online brainstorm that gathers thousands of security experts from across the globe. Massart is also Vice President for Operations and Outreach at Women in International Security Brussels (WIIS-Brussels).

Giles Merritt was a foreign correspondent for the Financial Times for 15 years and subsequently was an International Herald Tribune columnist on EU affairs for 20 years.

General Jean-Paul Paloméros has acquired extensive experience both as a fighter pilot, having flown 82 combat missions, and as an operational commander. He held a variety of high-level military positions before being promoted to Air Force Chief of Staff. In 2012 Paloméros was confirmed by the NATO Council as Supreme Allied Commander Transformation, the organisation’s most senior strategic command. For his lifetime achievements, Paloméros has been awarded the rank of Grand Officer of the French Legion of Honour and Great Cross of the National Order of Merit. He also holds the Aeronautical Medal.

Bruno Racine has held a variety of senior positions in the French government, including as Director of Policy Planning Staff at the Ministry of Foreign Affairs, Senior Advisor to Minister of Foreign Affairs and Prime Minister Alain Juppé, and member of the NATO Group of Experts convened to develop the alliance’s 2010 Strategic Concept. An established author, he has written many books, including ‘Google et le nouveau monde’ in 2010 and ‘Adieu à l’Italie’ in 2012. For his lifetime achievements, Racine was named an Officer of the National Order of the Legion of Honour, the highest French order for military and civil merits.

European Affairs Editor at Politico, Author of Friends of Europe report on France and the future of European defence

Paul Taylor writes the ‘Europe at Large’ column for POLITICO and is a freelance writer and broadcaster based in Paris. He was previously the European Affairs Editor at Reuters and served as a foreign correspondent for 39 years in Europe and the Middle East. Taylor’s assignments have included covering the Iranian revolution, the Cold War Euromissile crisis, the first Palestinian intifada, the 1991 Gulf War, German reunification, the Maastricht summit, France in the 1990s, the 2000 Camp David summit, EU enlargement, the eurozone crisis and the fall of the Muslim Brotherhood government in Egypt. 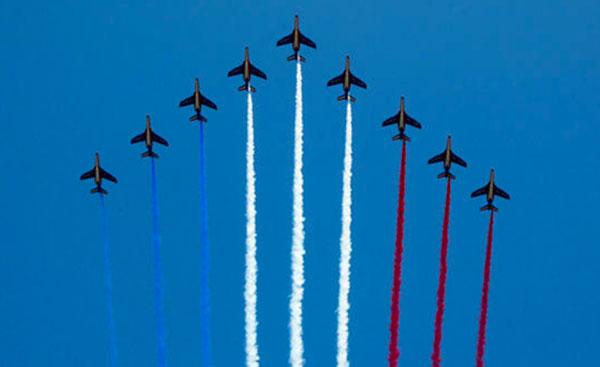