The redefinition of the US strategy

Morgane Farghen – When it comes to the North Korean nuclear proliferation case, denuclearization has imposed itself as the only acceptable path to pursue. This is also Japan’s official stance, could you please confirm this?

Pr Narushige Michishita – Yes. Denuclearization is commonly considered has the only acceptable path to pursue in North Korea, but after this first question – «should we denuclearize», another one has followed, which is “by when”. There is no definite answer to this core question, since North Korea can hardly be forced to denuclearize.

N.M. - There is no particular reason to assume that this administration can succeed where others have failed. More comprehensive approaches have been added, but it is not going to be easy.

M.F. – The new administration in Washington seems far more uninhibited when it comes to the use of force than the past administration used to be. How has Japan responded to such a strategic inflexion?

N.M. - The new administration is keener to use force, but this does not mean it is likely to do so. The new strategy is a combination of psychological pressure, military pressure and sanctions. Force or the threat to use force is useful to demonstrate American capabilities to attack North Korea (along with aircraft, naval armada, and other high-tech capabilities). And now, two factors complete the panorama. First, China has become a little bit more pro-active in imposing sanctions on North Korea. And secondly, the effectiveness of sanctions is still questionable. So let us wait and see.

M.F. – Deterrence is a key driving factor in the current American foreign policy and resolve is a core element of it. This new reality derives from the concept « leading through strength » that supports foreign initiatives. What has been Japan’s reaction to this inflexion?

N.M. - I fear that North Korea does not take it seriously. It has been taking very provocative actions. If North Korea had been very concerned about the threat of the use of force, it would not have behaved the way it has.

M.F. - What steps have Tokyo and Washington taken to reaffirm the solidity of their alliance after the election of President Trump and the emergence of a new administration in Washington DC? How has Japan supported this strategy in practice? What political and diplomatic actions has Japan implemented to support Washington? And what military support has Japan provided to the US over the past few months in these times of crisis?

N.M. - President Trump came to Tokyo to enhance the credibility of the alliance. American forces and Japanese forces have been conducting exercises together. The US-Japan Alliance has Operational Plan 50-55 that needs to be upgraded for Korean contingencies to face changes in the strategic environment. Taken together, all these measures will strengthen the alliance between the United States and Japan.

M.F. – The dual-track strategy over North Korea coupling military pressure with diplomatic calls for denuclearization has produced mixed results. Do you share this assessment?

M.F. – How have recent North Korean tests affected threat perception on the archipelagoes?

N.M. - The sixth North Korean nuclear test was about ten times the yield of the bomb dropped on Hiroshima. This is ominous news. And now, North Korea threatens to use electromagnetic pulse (EMP) weapons. It cannot achieve it with a 10-kiloton explosion but with a much more powerful weapon, it might be able to execute an EMP attack against major cities in South Korea or against Japan. An EMP attack might be more feasible than a nuclear attack. North Korea is clear about the threat of conducting EMP attacks, which was not the case before. North Korea has been developing long-range missiles including solid-fuel missiles. In parallel, Pyongyang has launched three missiles simultaneously in September last year, and four missiles simultaneously in March this year. Apparently, North Korea is trying to simulate a saturation attack against Japan’s missile defense. So North Korea has been improving both its missiles and nuclear capabilities, including in the operational way.

The offensive dimension of the strategy

M.F. - Preventive strikes are being considered. Would you please comment this sensitive aspect of the US strategy? Conceived as a deterrent means rather than as a coercive means, the concept needs examination. How would Japan react should the United States adopt such a concept?

N.M. - One thing is pre-emptive-strike – which is considered when the threat is imminent. Preventive strike is another. Presently, surgical strikes are considered against North Korea’s missile and nuclear capabilities, these would be preventive strikes, and they would be illegal by the way in terms of international law. It would be hard for the United States to undertake such attacks because North Korea has retaliation capabilities. Even without resorting to the use of nuclear weapons, it could inflict massive destruction on Seoul, the capital of South Korea, by using its long-range artillery pieces, multiple rocket launchers, and possibly chemical weapons. North Korea has the capability to deter the United States by punishing South Korea. So I do not think the United States would conduct a preventive strike even if it says it might.

M.F. – Let us consider one second that the United States has introduced “pre-emptive strikes” in its deterrent strategy. Then how would it affect the Alliance between the United States and Japan? And what role would Japan play under such a renewed strategy?

N.M. - Should North Korea start mobilizing its forces in order to launch massive strikes attacks against South Korea, then pre-emptive strikes would be a reasonable thing to do, and the United States and South Korea are already prepared to do so under the combined Operation Plan 5015.

N.M. - Whatever the Constitution says, Japan simply does not have a capability to launch meaningful pre-emptive strikes against North Korea. Japan's Self-Defense Force is a highly capable defense force, but it does not possess meaningful strike capabilities. Moreover, Japan will not have to pre-empt North Korea. The United States and South Korea will.

M.F. - How would the Constitution limit the role of Japan in such a renewed strategic landscape? Should deterrence fail, would Japan deliver counter-strikes? Would Japan be allowed to resort to such capabilities within the Alliance with the United States? What would be the conditions under which Japan would respond?

M.F. – Should North Korea attack Japan, then Japan would retaliate….

N.M. – Japan would not be able to retaliate against North Korea because it does not have the capability to do so. The current debate in Japan is on whether it should acquire strike capabilities. It was recently reported that the Self-Defense Force will acquire air-launched cruise missiles for its F-35s and F-15s, which could serve as a limited but useful strike force in the future. Anyway, Japan does not have credible and robust offensive capabilities at this stage.

M.F. - Recent elections in Japan have consolidated Shinzo Abe. The LDP’s election platform focused on the importance of strong leadership in the face of an increasing threat from North Korea. How will this election influence the crisis management?

N.M. – Mr. Abe has been pushing strength, so he will carry on what he has been doing, which is to strengthen defense capabilities and crisis management capabilities.

M.F. – The United States is exploring options to upgrade deterrence to restart the crisis management. How could deterrence better serve the purpose of pursuing denuclearization of North Korea? Which option would suit Japan best?

N.M. - Japan has already deployed two missiles defense systems, a sea-based SM-3, and a land-based Patriot PAC-3. Japan’s enhancement of its defense capabilities is part of deterrence. Missile defense is part of the deterrence policy toward North Korea.

M.F. - Shinzo Abe will probably further his commitment to increase defense spending, strengthen the U.S.-Japan alliance, including bilateral cooperation on missile defense, and use a variety of tools, including sanctions to pressure the regime in Pyongyang. What steps shall we expect in the coming months?

N.M. - Japan’s government has already taken the decision to acquire advanced sea-based missile defense systems, called SM-3 Block IIA, and to extend the range of the land-based PAC-3. As another option, Japan may acquire the land-based version of SM-3 Block IIA in the form of Aegis Ashore. The government is finding out whether the Aegis Ashore will be useful for the defense of Japan. We are examining location for deployment sites, and whether these systems would intercept North Korean missiles effectively. And Japan is conducting civil defense exercises based on the scenario in which North Korean missiles land inside its territory. All these efforts are Japan’s defense efforts.

How to address China

M.F. - The United States has adopted the Asia-Pacific Stability initiative, aimed at increasing the American military presence in the region through targeted financial resources. What should Abe ask to adapt defense and deterrence within the Alliance?

N.M. – I am not familiar with the concept but it seems to be designed to address China in the long term rather than North Korea in the short term. North Korea is a short-term threat, whereas China is a longer-term challenge. Japan’s perspective is to cope with the North Korean crisis in the short term and to maintain the balance of power in the region in the face of raising China, and to prevent a crisis from emerging.

M.F. – China has the leverage to curb the situation in North Korea but it still does not use it as much as it should. The United States has exercised pressure over China to compel it to use its leverage on North Korea in a more effective way. How has Japan supported this policy aimed at influencing China’s strategic stance on the peninsula?

M.F. – The cost for supporting Pyongyang is increasingly high for China. Is China still in a position to impose its conditions? What should be done to further increase the pressure over China?

N.M. - The threat of a trade war is the United States’ most important leverage with China. However, there is a limit to what China is willing to do. North Korea has been useful for China in some ways. For example, because North Korea is making a fuss with nuclear weapons and missiles, China’s problems with its neighbors in the region have become less visible. Nobody is paying attention to the situation in the East China Sea and the South China Sea anymore. North Korea is serving as a lightning rod for China. Moreover, Chinese leaders seem to believe that the collapse of North Korea will not be in China's interests.

M.F. – What role France can play in such a crisis?

N.M. - I sincerely hope that France and Japan will be able to work closely together to achieve our immediate goal of non-proliferation and long-term goal of denuclearization of the Korean Peninsula. 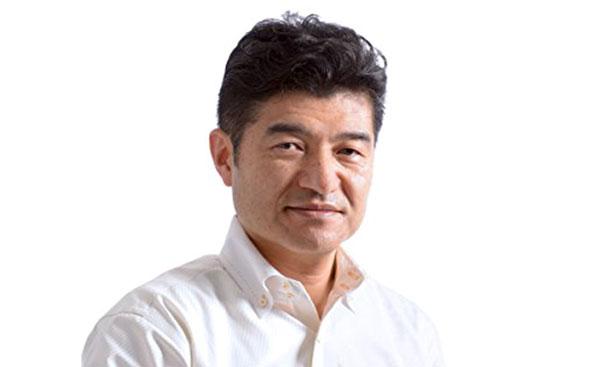