In the last hours of the Cold War, the INF Treaty went down in history as the very first bilateral agreement to ban a whole category of weapons. The Treaty, signed in 1987 after almost a decade of negotiations, led to the United States and the Soviet Union eliminating surface-to-surface missiles with ranges of 500 to 5,500 km (intermediate-range nuclear forces, or INF). These missiles, which were then deployed in Europe and the Soviet Union, were regarded as particularly dangerous, as their short time of flight made any counterattack impossible to prepare. For this reason, the deployment of intermediate-range missiles in Europe (SS‑20 by the Soviet Union and Pershing by NATO) had already triggered a vast popular protest movement on the continent.

Previously, the Strategic Arms Limitation Talks (SALT) had resulted in restricting the number of weapons deployed by the two superpowers. The SALT I and SALT II Treaties particularly laid down rules on the quantitative and qualitative development of ICBMs (ground-launched intercontinental ballistic missiles) and SLBMs (submarine-launched ballistic missiles).

Outside this bilateral framework, several diplomatic efforts focused on regulating missiles, regarded as potentially destabilising weapons due to their ability to travel very long distances in a short timeframe, their lethality, the difficulty in intercepting them and their capacity to carry weapons of mass destruction.

An international export control regime was therefore introduced in 1987 to stem transfers of missile technologies which could serve to deliver weapons of mass destruction. In 2002, The Hague Code of Conduct against Ballistic Missile Proliferation was adopted, setting out the non-proliferation norms for this type of weapon for its signatories (93 at the time, 140 at present). The Code also supports a transparency regime in respect of ballistic missile deployments and doctrines, as well as test firing and space launches, to avoid any likelihood of confusion with an attack. This kind of confidence-building and reciprocal notice measures already existed bilaterally between the Soviet Union and the United States (the first agreement was signed in 1971) and was reproduced between India and Pakistan in 2005.

The arms control inherited from the Cold War is now experiencing a crisis. Several treaties have been challenged since 2003, and particularly the INF Treaty from which the United States and Russia withdrew in 2019. This event marked the end of a more than five-year-long dispute between Washington and Moscow over the compliance with the terms of the Treaty, since the US administration accused Russia of developing a cruise missile prohibited under it. In response, Russia denounced the antimissile systems developed in Europe as having a potential offensive capability, and therefore being prohibited by the INF. Furthermore, the main arms control instrument remaining, the New START Treaty, could be soon terminated since it is due to expire in February 2021. The Russian and US Presidents can agree to extend its term for five years, but no announcement has been made along these lines so far.

This context of decline coincides with a considerable deterioration in relations between major powers, especially between Russia and the United States, prompting States in recent years to reassess the nuclear factor in their doctrines, and to modernise or even diversify their arsenals. New systems are mentioned – dual-capable missiles, hypersonic missiles, non-strategic ballistic missiles and nuclear torpedoes, to name a few – and arms race dynamics can be seen. The disappearance of arms control instruments and the parallel development of new, potentially destabilising systems, particularly missiles, raise questions. Some believe “arms control without a treaty,” as phrased by an analyst, must now be envisaged.Vince Manzo, Arms Control without a Treaty. Risks and Options after New Start, Deterrence and Arms Control Paper No. 1, IRM‑2019-U‑019494, CNA, March 2019. Others consider it necessary to study new ways of regulating these weapons, with new restrictions, new methods and new formats. This note identifies the various proposals for arms control in a post-INF world, with a focus on missiles. It seeks to offer an analysis of diplomatic suggestions and non-State expert reports, putting the ins and outs of the various proposals into perspective and reflecting on their feasibility and prospects in the current context. 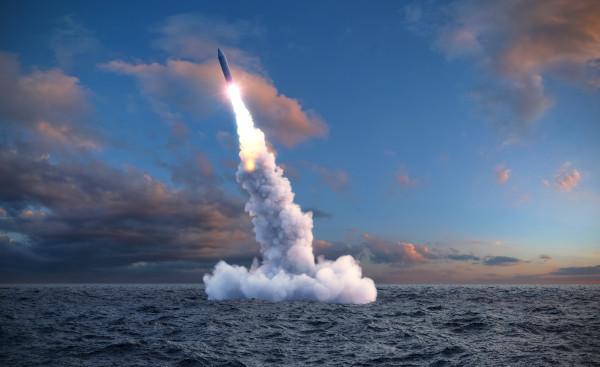 What prospects for arms and missile control after the end of the INF Treaty?