It has now been more than ten years since French decision-makers made France re-enter the NATO command structure (NCS) by reverting Charles de Gaulle’s 1966 decision. Since then, they have been developing a “positive agenda” for the Alliance without questioning the doctrinal foundations of France’s NATO policy.

The essence of Gaullism in foreign and defence policy is best summarised by the concept of Greatness or Grandeur in French. In Charles de Gaulle’s mind, Greatness was the ability to assert its national interests and refuse to be subject to those of others. He thought that achieving independence and refusing alignment were the two essential ways of reaching Greatness on the international stage and erected them into immutable rules, alongside solidarity with France’s allies. That is why he withdrew the country from the NCS following numerous disagreements with the United States but maintained its allied status.On the withdrawal and the concept of Greatness, see: Frédéric Bozo (ed.). Deux stratégies pour l'Europe. De Gaulle, les États-Unis et l'Alliance Atlantique (1958-1969). Paris : Plon, 1996. 308 p. ; Stanley Hoffmann. Essais sur la France. Déclin ou renouveau ? Paris : Seuil, 1974. 556 p.

De Gaulle’s successors followed in his footsteps and did not fundamentally question his legacy. Every attempt at rapprochement was careful not to violate Gaullian principles and little publicised to avoid drawing unwanted attention to the issue.On this period, see: Anand Menon. France, NATO, and the Limits of Independence 1981-97: The Politics of Ambivalence. New-York: St. Martin’s Press, 2000. 272 p. ; Maurice Vaïsse, Pierre Mélandri, Frédéric Bozo (dir.). La France et l'OTAN, 1949-1996. Paris : Complexe, 1996. 646 p. Nicolas Sarkozy then removed the taboo surrounding France’s non-integrated status in 2009 so that it could bring all its weight to bear in the ongoing political and military transformations of the Alliance. Contrary to some claims, however, this decision did not break with the Gaullian orthodoxy in NATO affairs.

To this day, the country keeps full control over all its military structures and armed forces, does not participate in the Nuclear Planning Group, and can oppose a NATO decision deemed unacceptable thanks to the consensus rule. The Bosnian and Iraqi experiences also showed that no ally could be forced to intervene alongside the United States, integrated or not. Besides, French delegates are well-known for their clear red lines based on Gaullian principles and constantly seek to preserve France from any encroachment on its sovereign authority during NATO negotiations.The author bases her conclusions on five months of participant observation within the French delegation to NATO headquarters in 2019 and on 154 interviews conducted with 145 interlocutors between 2018 and 2021 in Paris, Brussels, Washington, Norfolk, and Mons. See: Christelle Calmels. Influence in a Military Alliance: The case of France at NATO (2009-2019). Doctoral thesis: Political sciences: Paris, Sciences Po, 2021.

While staying faithful to Gaullism, French decision-makers increasingly believe in the necessity to develop a “positive agenda” for NATO. They now seek to adopt a proactive stance on specific topics to change the perception of France as a reluctant ally and boost its influence within the organisation.

This first materialises in “pedagogical” efforts on the nuclear topic through visits to French nuclear facilities and briefings in Paris and Brussels organised for national representatives and the NATO Secretary-General. These events strategically occur before NATO summits or revisions of its deterrence posture to explain the French posture and influence nuclear debates accordingly. This new approach starkly contrasts with the pre-2009 period during which France almost exclusively discussed nuclear issues with the UK and the US in so-called P3 formats.

France also pushes niche topics on NATO’s agenda for which it has valuable expertise and a real capacity for influence. Indeed, the country successfully made the Alliance adopt a Cyber Defence Pledge in 2016 and continues to be at the forefront of the issue thanks to its ambitious national policy. It will also host NATO’s new space centre of excellence after winning the call for proposals in January 2021. In this, France seeks to brand itself as a technologically able nation eager to share its knowledge with its allies and no longer a difficult partner resisting change.

From this quick overview, it appears necessary to ask ourselves what we expect of NATO today: How could the organisation best serve French interests in the short, medium, and long term now that the country has fully reintegrated its military structure? We encourage practitioners to develop coherent policy goals rather than stay in a wait-and-see approach that only seizes a few opportunities within the Alliance. Developing a clear framework for action would allow France to distance itself from a reactive posture that often irritates the other allies and undermines the European defence project. The election of a new President in 2022 and the resulting foreign and defence policy choices will prove crucial in that regard. 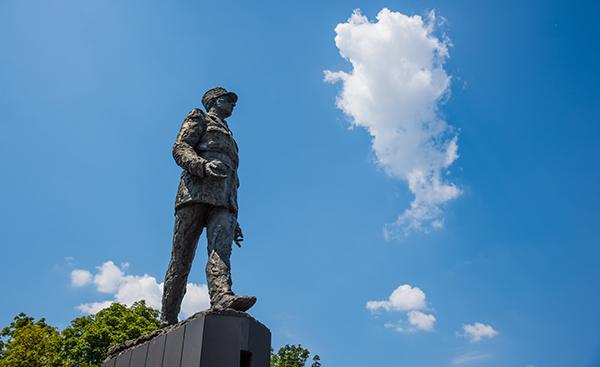 From reactivity to proactivity: France’s positive agenda for NATO