In recent years, Russia has grown increasingly aware of the importance of unmanned aerial vehicles (UAVs) in modern warfare as well as increasingly interested in expanding its own use of drones. In addition to military missions (surveillance, reconnaissance, communications, intelligence, electronic warfare, strike, etc.), drones will be used for domestic security purposes (e.g., border patrol, coastal surveillance) and for civilian purposes (e.g., search and rescue, prevention of major forest firesAlmost 50 percent of Russian territory is covered with forest, Arctic exploration). Russia seriously lags behind the West in drone technologies. In theory, given its proven ability to develop complex air and space systems, Russia should be able to master the competencies required to design and produce UAVs. However, shortcomings in key technologies associated with drone development (optics, electronic systems for light aircraft, composite materials, etc.) will need to be overcome. As an additional hurdle, the Russian armed forces have experienced difficulties in formulating requirements and specifications for Russian drone manufacturers“A Russian drone with a complicated history,” SputnikNews.com, August 11, 2011, http://sputniknews.com/analysis/20110811/165713287.html.. In recent years, Russia has worked to improve the situation, so far with only relative success. As a clear sign of increasing reliance on unmanned systems, a growing number of military exercises involve the use of UAVs, and the number of flights carried out by UAVs is said by Russian Ministry of Defence (MoD) sources to have doubled in 2014 from the previous year“Number of drone flights in Russian army doubles in 2014,” News.Az, January 7, 2015, http://news.az/articles/region/94770.. Russia has also covertly used drones – including, presumably, the small optical surveillance and reconnaissance drone Orlan-10 – in support of the insurgents fighting in Donbass (Ukraine)Maksym Bugriy, “The Rise of Drones in Eurasia (Part Two: Russia),” Eurasia Daily Monitor, 11 no. 117 (June 27, 2014).. In addition, there have been reports that the Russian armed forces may be using drones in their operations in SyriaMartin Chulov and Kareem Shaheen, “Turkey shoots down unidentified drone near Syrian border,” The Guardian, October 16, 2015, http://www.theguardian.com/world/2015/oct/16/turkey-shoots-down-dronene…. 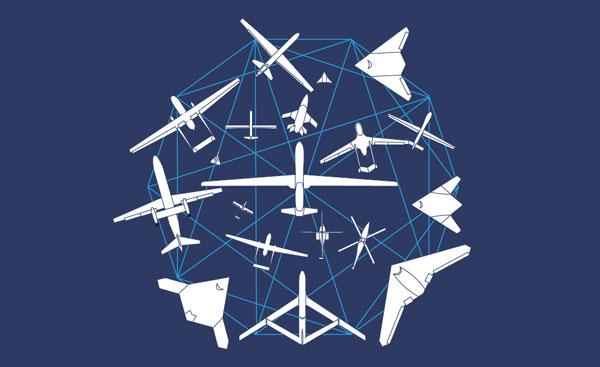 Proliferated Drones : A Perspective on Russia