The initial objectives of the popular uprising in Syria in March 2011, for more democracy, social justice and equality, have never seemed so distant.

What is happening on the ground? Bashar al-Assad’s regime is in a strong position, increasing his victories, supported by his Russian and Iranian allies as well as Hezbollah.

For their part, the jihadists of the Islamic State (IS) have lost a large majority of the towns and urban centers that they occupied in Syria and Iraq. With the loss of Raqqa last October, IS has since controlled only 10% of territory in Syria, compared to 33% at the beginning of 2017.“Raqqa en passe d’être remise à une autorité civile”, L’Orient-le-Jour, (searched, October 22nd, 2017). Only a few isolated regional borders between Iraq and Syria have remained under their control, as well as a few pockets of Syrian territory.

Within this context, the question of reconstruction now arises, including actors with diverse political and economic agendas, even contradictory ones. The cost of Syrian reconstruction is currently estimated between 200 and 300 billion dollars, some even estimate it to be 1000 billion.“Reconstruction Cost of Syria Is Estimated at $300 Billion Five Times the 2010 GDP”, FEMISE Conference Interview with Osama Kadi, President of Syrian Economic Task Force , FEMISE, (searched, September 20th, 2017).

However, for Bashar al-Assad, his inner circle and businessmen linked to his regime, the reconstruction is viewed as a means to consolidate already acquired power, and to once more establish political and economic domination over Syrian society. In order for this to be achieved, the regime is counting on a major reconstruction project, focused on accumulating new capital and eliminating all dissident factions. This process would also strengthen the neoliberal policies of the heavily indebted regime, and its inability to finance the reconstruction.

At the same time, the Syrian regime’s allies, particularly Russia and Iran, are the first in line to profit economically from the benefits of reconstruction. 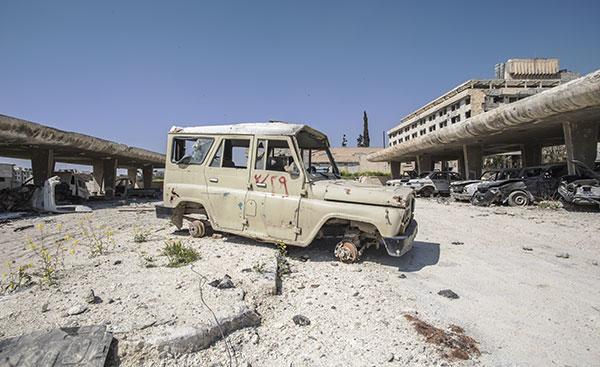