The collapse of the Afghan government on August 15th, 2021 prompted intense discussions about the decline of the West and the rise of China and Russia, two actors seen as winning from the Taliban takeoverSabine Fischer, Angela Stanzel, “Afghanistan: The West Fails – a Win for China and Russia?”, SWP Comment, n° 50, September 2021.. At the same time, there were perspectives that claimed that China and Russia are now entering an unknown and dangerous situation in Central Asia as the Western presence is diminishedAdam Weinstein, “China and Russia Didn’t Win in Afghanistan”, Foreign Policy, 20 August 2021.. In either case, these two states, and in fact all third parties to the civil war in Afghanistan, have had to adapt to the new realities on the ground, both in operational terms inside the country and in terms of diplomacy. Indeed, the US withdrawal and the Taliban takeover has required third actors recalibrate their Afghanistan policies.

Russia emerged from the August 15th takeover well-positioned to gain new leverage from its subsequent Afghanistan moves, such as not closing its Kabul embassy, calling for mediation between the Taliban and the opposition, and lambasting the United States for its failures in that country. In spite of the new circumstances, these and other moves are not unprecedented: there is both change and continuity. On the one hand, Moscow’s perception of Afghanistan as a potential source of threats for itself and its Central Asian neighbors remains the same. It has been a long-term goal of Russia’s Afghanistan policy to secure the southern flank of the successor Central Asian states. This is unlikely to change as long as Moscow continues to regard Afghanistan as a source of instability. On the other hand, the recent events amount to a dramatic change in circumstance for Moscow’s Afghanistan policy. Indeed, since the 2001 International Security Assistance Force (ISAF) operation in Afghanistan started, Moscow centered much of its Afghanistan diplomacy on negotiating with the United States and NATO. Today, there is little left of their presence in that country. As of writing, the UN Afghanistan mission left the country, and the US and all European embassies have closed in Kabul. Since the Taliban began to gain ground in the summer of 2021, Moscow has had to adjust its approach to Afghanistan.

This paper argues that Russia’s Afghanistan policy after the August 15th takeover walks on a tightrope as Moscow’s scope for action is limited. As the following will show, Moscow would prefer the Taliban to consolidate power because it sees the group as a potential guarantor of stability in Afghanistan. This is perceptible from the moves and rhetoric used by the Russian diplomacy regarding both the Taliban and other third parties. Yet, at the same time, Moscow cannot become a direct backer of the Taliban. There are important caveats towards recognizing the group as the Afghan government or backing the group directly. Doing so would go against Moscow’s reputation as a fighter against international terrorism and risk alienating some of its Central Asian allies. Crucially, however, Russia’s Afghanistan agenda is different from its Taliban agenda, meaning that engagement with the Taliban is preferable but not essential to achieving its objectives in the country. The outcome is that Moscow is interested in the Taliban for the security assurances they can provide, not in the group itself.

This report offers a chronological and synchronic analysis of the August 15th, 2021 juncture for Moscow, with reflections about what is next. It proceeds by placing Russia’s initiatives in this crisis in their broader historic and strategic contexts. The last section is dedicated to Russia’s reactions to the Taliban takeover. To close, the report addresses what is next for Russia in Afghanistan. 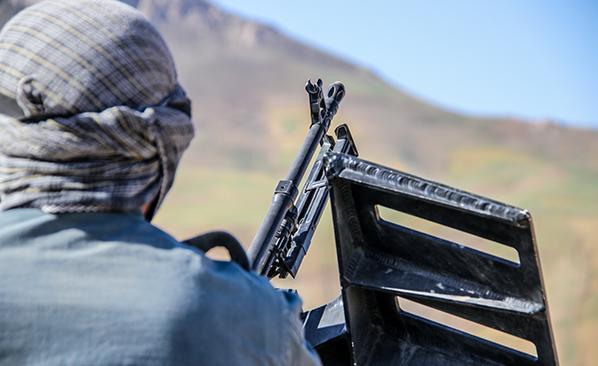 Russia and the Taliban takeover