On  April  4,  2017,  at  about  03.30  GMT,  the  town  of  Khan  Shaykun  in  Idlib (northwestern Syria) was stormed by the Syrian Arab Air Force. Immediately after the attack, the victims – mostly civilians – started to show symptoms of exposure to neurotoxic chemical agents. Analyses of biomedical samples by various state and non- state actors suggested that sarin, a very rapidly acting, extremely lethal, and non- persistent nerve agent, was in fact used. Further radar trace assessments and review of the previously obtained signals intelligence inputs linked the chemical agent delivery to the Su-22 squadron from the Shayrat Airbase For the full text of the US intel, see: https://fas.org/irp/news/2017/04/wh-assad.pdf, Accessed on: May 9, 2017. .

On April 19, 2017, the Organization for the Prohibition of Chemical Weapons (OPCW) shared laboratory results that indicated exposure to sarin and sarin-like substances OPCW,   https://www.opcw.org/news/article/opcw-director-general-shares-incontrovertible-laboratory-results-concluding- exposure-to-sarin/, Accessed on: May 9, 2017..

The incident marked yet another utilization of weapons of mass destruction (WMD) by the Baathist regime of Syria since the 2013 Ghouta attack. It also presented clear evidence  of  Syria’s  violation  of  the  Chemical  Weapons  Convention.  In  fact,  both experts closely monitoring Syria’s chemical weapons program Dany, Shoham. “Has Syria’s Chemical Weapons Arsenal Truly been Dismantled”, BESA Perspective Papers No 252, 2014., and also some intelligence agencies Haaretz, http://www.haaretz.com/opinion/.premium-1.668230, Accessed on: May 9, 2017.,  BBC, http://www.bbc.com/news/world-middle-east-39796763, Accessed on: May 9, 2017.  have previously warned the international community about the regime’s retention of chemical warfare capabilities.

However, the Khan Shaykun attack differed from the previous chemical weapons (CW) uses by the regime in regards to its consequences. This time, the US administration ordered a punitive and surgical strike delivered by 59 Tomahawk Block IV cruise missiles launched from two Arleigh Burke-class destroyers in the Mediterranean in the early morning of April 7, 2017 The US Department of Defense, https://www.defense.gov/News/Article/Article/1144601/trump-orders-missile-attack-in- retaliation-for-syrian-chemical-strikes/, Accessed on: May 9, 2017..

The Tomahawk salvo targeted Shayrat Airbase, which is important for broader strategic reasons. Satellite imagery previously revealed that the Russians had deployed attack helicopters in al-Shayrat IHS Jane’s, http://www.janes.com/article/60102/russia-sets-up-palmyra-base, Accessed on: May 9, 2017..  Although no Russian assets were harmed by the US strike, due to in advance notification, the operation was also a political – military gesture.

This report aims to assess the Syrian Baathist regime’s ‘geopolitical algorithm’ for using chemical weapons, Assad’s forces’ military-geostrategic approach to the conflict, and the Syrian Arab Armed Forces’ doctrinal understanding of weapons of mass destruction in the course of the civil war. The preferred title for the study is ‘The Shayrat Connection’ for a clear reason. It is thought that Hafez al-Assad’s legacy of quelling the 1982 Hama uprising, doctrinal approaches of the Syrian chemical weapons command  structure,  praetorian  cliques  within  the  Syrian  Arab  Armed  Forces,  and further trajectory of the civil war all revolve around this Shayrat connection. 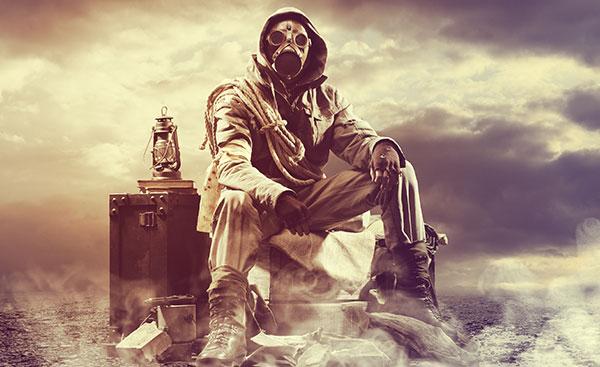 The Shayrat Connection: Was the Khan Shaykun Chemical Attack Inevitable but Preventable?